The Annual Ahtisaari Day, named for CMI’s founder Martti Ahtisaari, was held on 12 November this year in the city of Rovaniemi in Lapland.

The light-hearted campaign video for the event tackled a daunting challenge: bringing peace to a gaggle of bickering Santa Clauses. At the Santa Summit in Rovaniemi, the prospect of festive peace hangs in the balance when the Father Christmases, supposedly the ambassadors of good cheer, fall out over the annual distribution of presents. A seasoned peace broker saves the day, however. The sketch is aimed at a youthful audience. Among the cast was the real Rovaniemi-based Santa Claus himself, a true world citizen. 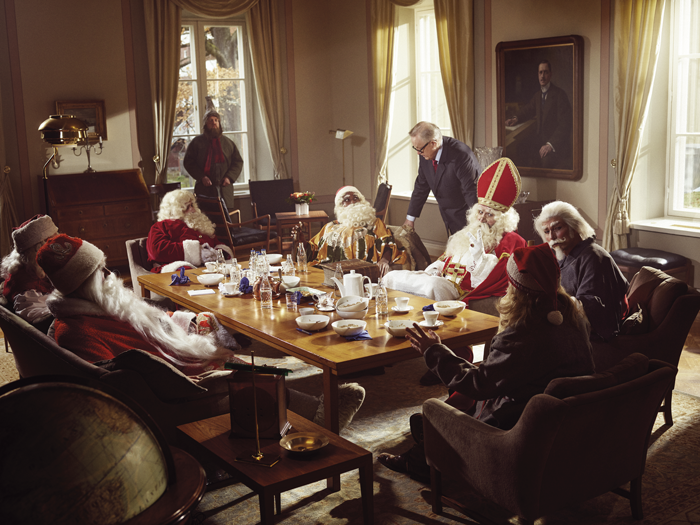 As a renowned man of peace, Santa Claus became tired his colleagues’ constant bickering and requested a Santa Summit to be held at Rovaniemi.

“We wanted to create something that would put across the theme of conflict resolution to as broad an audience as possible. We decided to experiment a little with a widely-loved cultural figure to make the point that patient compromise is the core of reconciliation,” explained Elina Lehtinen, head of CMI’s communications team. 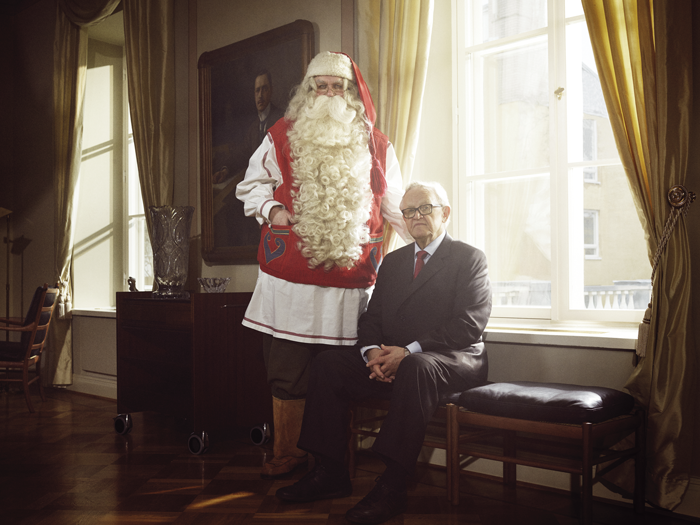 Santa Claus and President Martti Ahtisaari at the filming of the video.

The goal of Ahtisaari Day is to raise awareness of the nature of peace brokerage and the significance of reconciliation. In the present-day world, the goal of reconciliation is becoming ever more crucial. Protracted wars, terrorism, and other violence have made refugees of millions of innocent people, in many countries. Last peace demands always a negotiated solution. President Ahtisaari has based his life’s work on the conviction that all conflicts can be resolved.

The fifth Ahtisaari Day was organised by CMI with the support of the Finnish Ministry of Foreign Affairs. The main event was held in Rovaniemi, where Ahtisaari and CMI staff visited schools and a panel discussion was held at the University of Lapland. Ahtisaari Day was simultaneously celebrated in schools throughout the country. The patron of the event this year was the Minister of Education and Culture, Sanni Grahn-Laasonen.

The campaign video, directed by Nalle Sjöblad and entitled The Summit, was made by Miltton Creative and produced by Lucy Loves Stories.