Notable partners join us in looking back at the 15 years of a landmark UN resolution, and analyzing the way forward.

This autumn week is a seminal moment for those who enact and follow the gender, peace and security agenda; amongst them CMI, working to make women’s participation a concrete reality in peace talks and transitions as diverse as Yemen, South Sudan and South Caucasus.

At the 15th anniversary of the UN Security Council Resolution which framed these issues for action for the first time, the UN is buzzing with a global community discussing its successes and failures in implementing it.

The plan behind UNSCR 1325 was to recognize women’s agency in war and peace, enabling their meaningful participation, ensuring proper protection in conflict (including in relation to sexual violence) and infusing peace processes with a practical understanding of gender issues to make them not nicer but better, long lasting, more just. The verdict at 15 years in is: patchy results, with participation one of the weakest areas.

The verdict at 15 years in is: patchy results, with participation one of the weakest areas.

In New York this week, diplomats, NGOs, policymakers and activists gathered for the UNSC Open Debate on UNSCR 1325 to discuss the launch of the Global Study on 15 years of implementation and to lay the ground for the next decade of policy and action including an 8th resolution, UNSCR 2422.

With women human rights defenders under threat as never before, and the rise of a violent extremist movement with global ambitions one of the foremost threats to them and all those who eschew violent means for resolving differences, it is not a mere trick of rhetoric to say this is time for action. 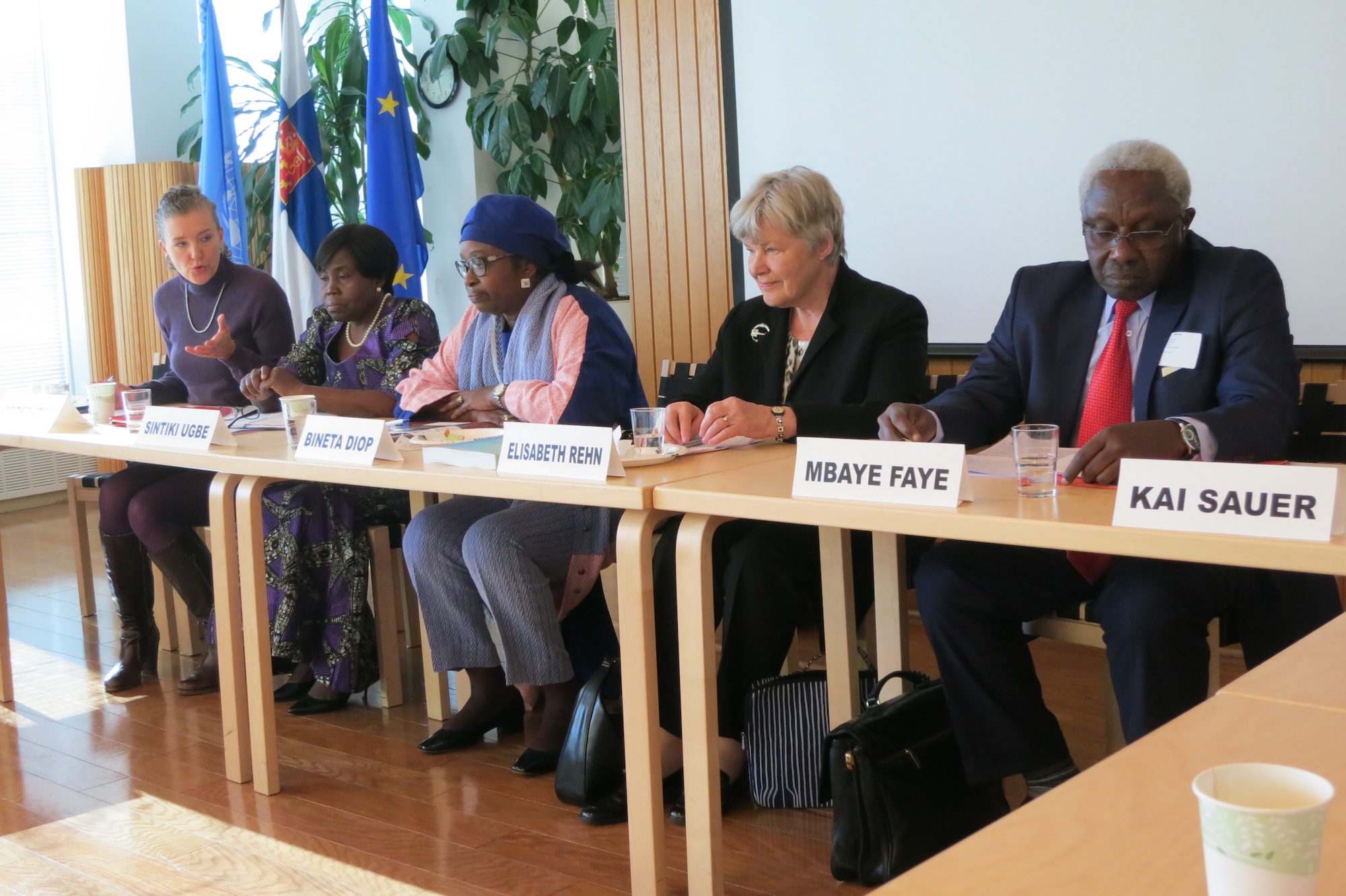 High-level actors convened to share their views on the future of UNSC resolution 1325.

CMI has joined with a diverse set of its partners and friends – amongst others the AU Special Envoy on 1325 Bineta Diop, former Minister of Defence and longtime leading light on all things 1325, Elisabeth Rehn, the Permanent Representatives of Finland and Norway, the UN Department for Political Affairs and leading Norwegian peace thinktank PRIO – to highlight concrete achievements and shine a light on the road ahead to fast track implementation of a resolution that has so much potential to be of use in our troubled times.

On 14th October we showcased the achievements of the CMI-PRIO-UNDPA high level seminar on gender inclusive mediation, an example of how you can provide concrete skills to high level envoys on how to do this better.

As one of the seminar participant described the key take away from the seminar “Mediators tend to focus on official parties to stop violence. But ceasefire is not peace. Sustainable peace can be achieved through broadening the discussions. From High-level seminar I got methodologies of how to do it.”

On 15th October, hosted by Finland’s Permanent Representation to the UN, we convene high level actors to listen to diverse views from the the Africa region as the AU, ECOWAS and ECCAS explain why regional and sub-regional actors are key agents in this agenda, and give examples to their state, regional and international counterparts on what they have actually done to be accountable on 1325.

Bineta Diop, a long-time advocate for gender equality, emphasizes the strong frameworks that AU has built.

“We have strong frameworks in our region. I aim to support and create concrete initiatives for accountability like helping women understand the contents of peace agreements, supporting them to get their agenda together for inputs to national fora, supporting the training of troops, and using mediation efforts in conflict prevention and around elections, and more.”