The event at Knickerbocker Club was attended by diplomats, top influencers on foreign policy, and businessmen. 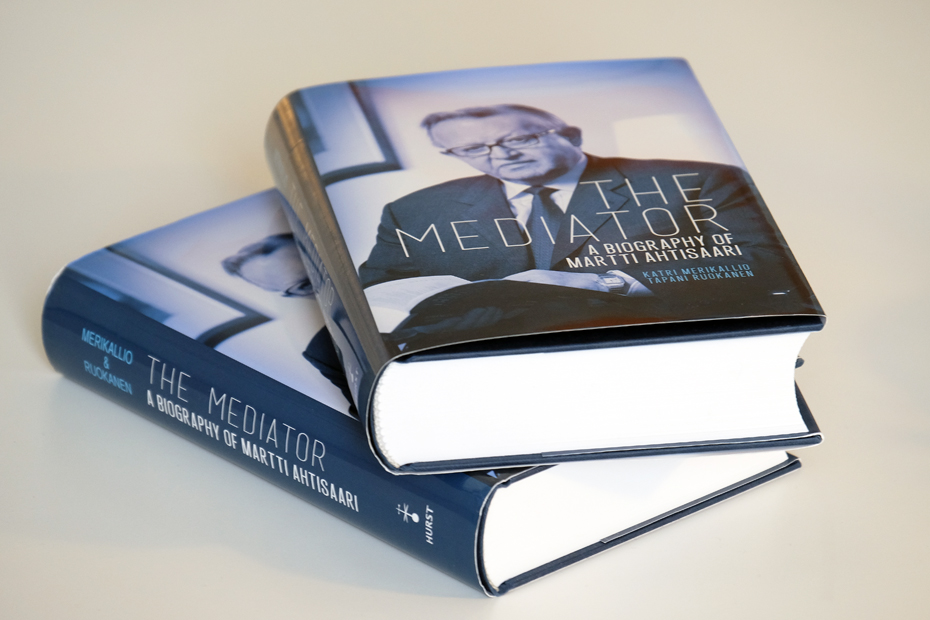 The publication of CMI’s chairman Martti Ahtisaari‘s authorized biography, titled The Mediator, was marked with a launch event in New York on Tuesday, October 13. A work of two Finnish journalists, Katri Merikallio and Tapani Ruokanen, the biography was originally published in Finnish in 2011.

The event was organized by American Friends of CMI (AFCMI) and its board at the Knickerbocker Club.

At the event, President Ahtisaari was interviewed by Stephen Heintz, president of the Rockefeller Brothers Fund. When talking about the Namibian independence process and the status of Kosovo, president Ahtisaari highlighted United States’ importance in the major peace processes in the world.

The role of NGOs is also noteworthy in building sustainable peace, as seen during the Aceh peace process where CMI’s role was large.

The event was attended by around 40 foreign policy influencers, diplomats and businessmen.