As Yemen faces unprecedented levels of violence, many fear the remarkable gains women have made since 2011 will be reversed. A new CMI-sponsored publication underlines the importance of ensuring women’s sustained inclusion in conflict resolution efforts in the country. 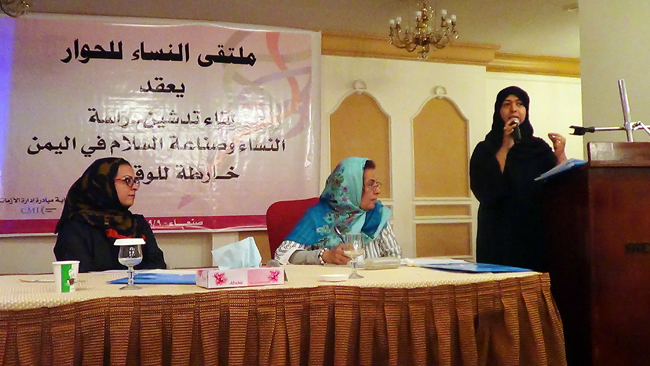 The CMI-sponsored report ”Women and Peacemaking in Yemen: Mapping the Realities” gives an overview of some of the main activities undertaken by international and Yemeni organisations between 2011 and 2014 to enhance women’s meaningful participation in conflict resolution and peacemaking.

The report underlines the importance of ensuring women’s sustained inclusion in Yemeni conflict resolution efforts and provides concrete proposals for actors involved in these processes on meaningful ways to support women’s participation during this critical period and beyond.

The report contains a number of key findings. During the National Dialogue Conference (NDC) and the subsequent constitution-drafting phase,the primary focus of the activities aimed at supporting women’s participation in the political transition, diverting attention from other opportunities and mechanisms for strengthening women’s voice.

The report suggests that these resources are to date largely untapped. ”With the exception of the NDC, women have been excluded from mediated political processes […]. This continues to be the case in the current crisis,” Wameedh Shakir, an independent consultant who has authored the report, writes.

The recommendations presented in the report offer insights and ideas on how to better incorporate women and gender perspectives in peace and conflict resolution processes in Yemen. The report calls for, among other things, creation of a mechanism that would ensure regular consultations between mediators, parties to peace talks and a diverse range of women activists or women’s peace groups ”from the very start of a peace or transition process to the end”. 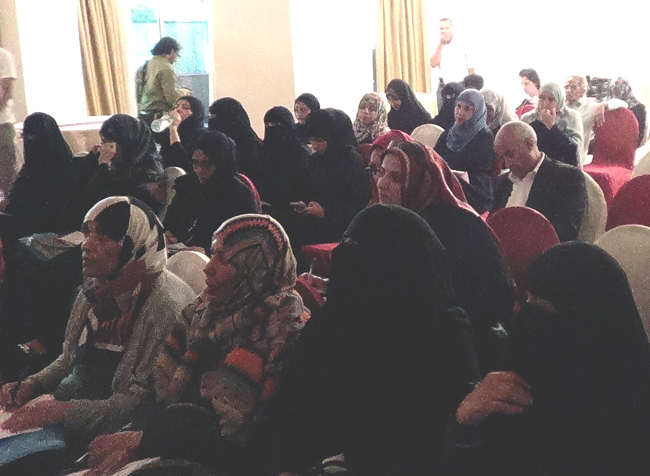 On 9 September, CMI convened a broad spectrum of Yemeni and international stakeholders to reflect on the findings and recommendations of the study. At the launch event, 80 participants from Yemeni and international organisations, political groups as well as civil society activists, academics and media representatives shared concrete ideas for enhancing women’s participation and influence in processes dealing with key issues for the whole society.

Some highlighted the significant role women have played in the humanitarian relief efforts during the current crisis. Amid deep mistrust and armed violence, women have been able to move around relatively freely without raising suspicion among the conflict affected populations that they belong to rival armed entities.

It was clear from the discussion that women from across the political spectrum are ready and willing to engage in joint conflict resolution efforts. Some participants called for greater transparency in the selection of participants for any future talks: ”Women need to be given the freedom to choose by whom they are represented in the talks. This should not be determined through closed-door decision-making.”

CMI is launching the report in Brussels and Washington DC in October and November 2015. The purpose is to emphasize to key donors and political actors that women in Yemen are ready and willing to participate in reconstructing peace and returning to a positive transition process, but that they face obstacles which require concerted efforts by the key Yemeni political actors and those who support them to resolve them.

The report Women and Peacemaking in Yemen: Mapping the Realities can be found here in English and here in Arabic.