Martti Ahtisaari discussed his life and work at the publication ceremony of the English translation of his biography, The Mediator 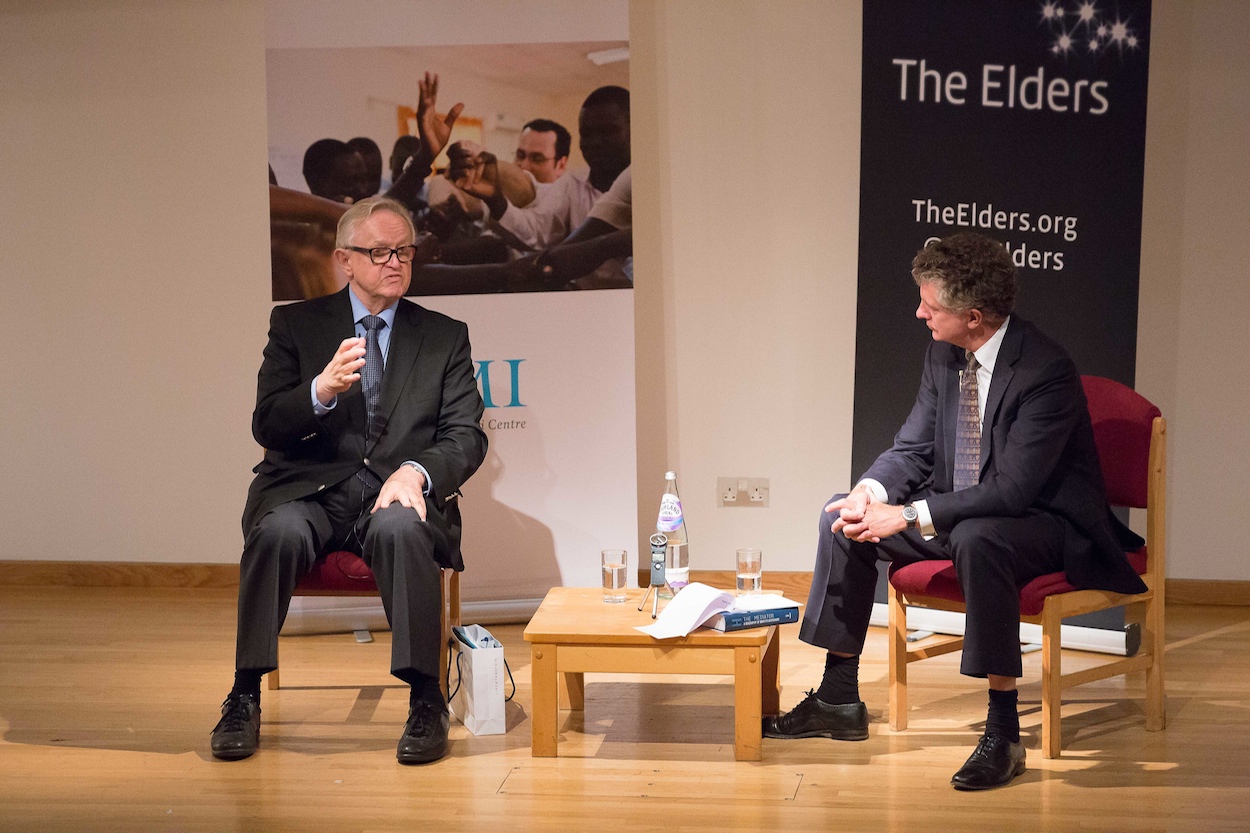 CMI’s founder, President Martti Ahtisaari discussed his life and work as a conflict mediator, in front of a live audience at London’s School of Oriental and African Studies (SOAS) on Wednesday 9 September to mark the publication in English of a new biography, The Mediator.

The discussion was led by Jonathan Powell, Chief of Staff for Tony Blair from 1997–2007, chief negotiator in the Northern Irish peace talks and author of the recent book “Talking to Terrorists”. Jonathan Powell introduced Martti Ahtisaari as a “personal hero” and “a patient negotiator but one who takes the initiative.”

A political solution to refugee crisis has to be reached

Ahtisaari started by talking about his own childhood experiences of being a refugee when his region of Finland was attacked by the Soviet Union in 1939.

“I very soon realised I would become an eternally displaced person because I could never return to where I was born because it was not part of my country. I have sympathy for those who have the same fate and in much more difficult circumstances,” he said.

“It definitely influenced me because I thought we had suffered something wrong. If I could be of any use, I would try to use my own experience” to promote compassion for refugees.

On the international and EU response, or lack thereof, in tackling the root causes of the current refugee crisis, Ahtisaari said:

“We need to find room for some decent place for refugees to live. We should have concentrated on a political solution. I still believe that has to be done.”

“I have to talk to those who have power and can make a difference. Those who can make peace.”

In his long career, Ahtisaari has seen many instances of the international community and specifically leaders in Washington and Moscow putting aside their differences to achieve peace – notably in Namibia in the late 1980s and Kosovo in 1999 – and urged a similar striving now for consensus among all of the permanent members of the UN Security Council to bring peace to Syria. 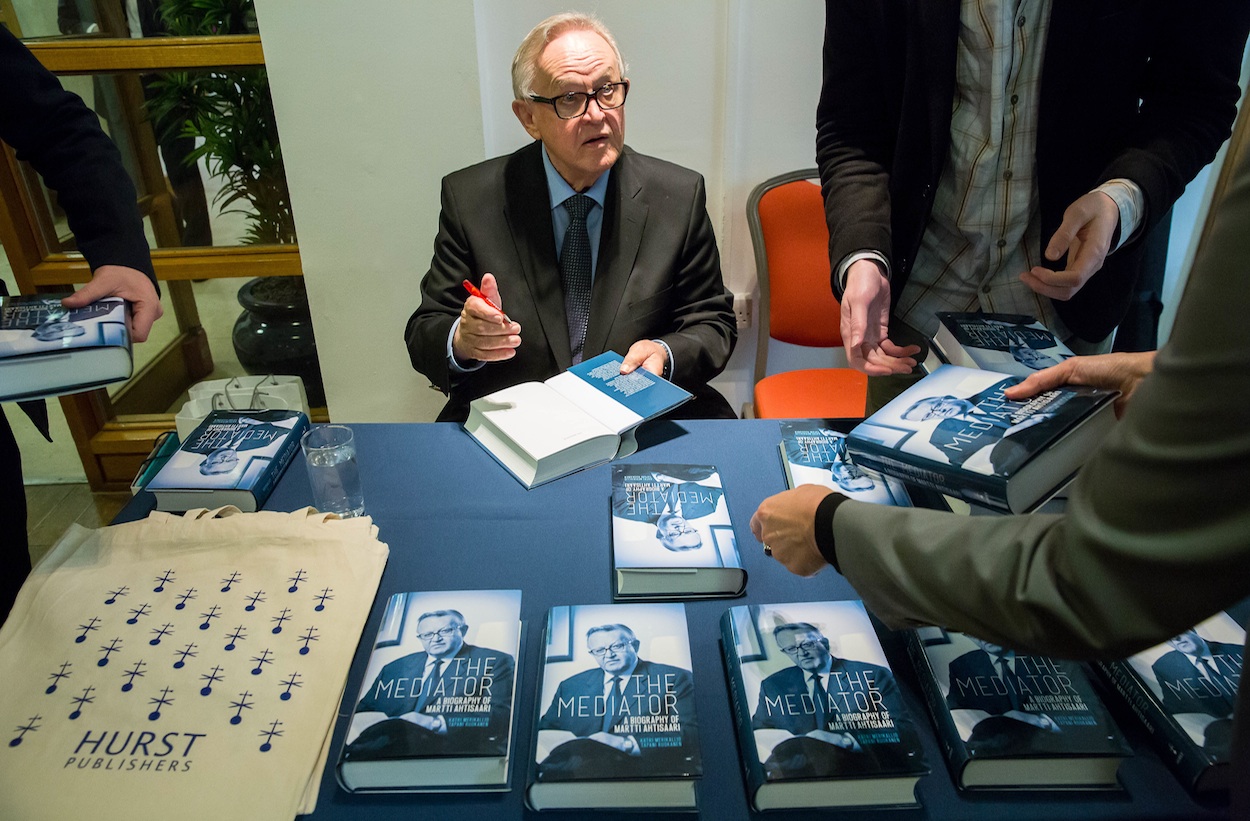 A signatured copy of The Mediator was a hot commodity at the book launch. (Photo: Jeff Moore/The Elders)

A successful mediator needs to be an honest broker

Taking an overview, Martti Ahtisaari said that the key to being a successful mediator was not neutrality but being seen an “honest broker… both sides need to know what I stand for.”

Asked whether this approach to mediation is possible in the age of ISIS and other violent extremists, he asserted:

“I have to talk to those who have power and can make a difference. Those who can make peace.”

Tackling ISIS means tackling their sources of funding and talking to any and all interlocutors in the region who could exert influence – especially Muslims who reject the fundamentalist distortion of their beliefs.

“The whole world is against [ISIS]. They are not representatives of the Muslim world.”

“Mandela is one of the few individuals I have admired without any reservations.”

Martti Ahtisaari’s work in conflict mediation, peacebuilding and “speaking truth to power” has continued with The Elders, with whom he has visited Iran, Myanmar and South Sudan among other countries. The Elders were founded in 2007 by Nelson Mandela, hailed by Martti Ahtisaari as an enduring inspiration:

“Mandela was a special personality. He is one of the few individuals I have admired without any reservations.”

The article has been slightly revised from the original, which was released on The Elders’ website. Read the original here.