A four-day workshop titled “Remembering the Past – Creating the Future” brought together individuals in the region working on gender and conflict issues. 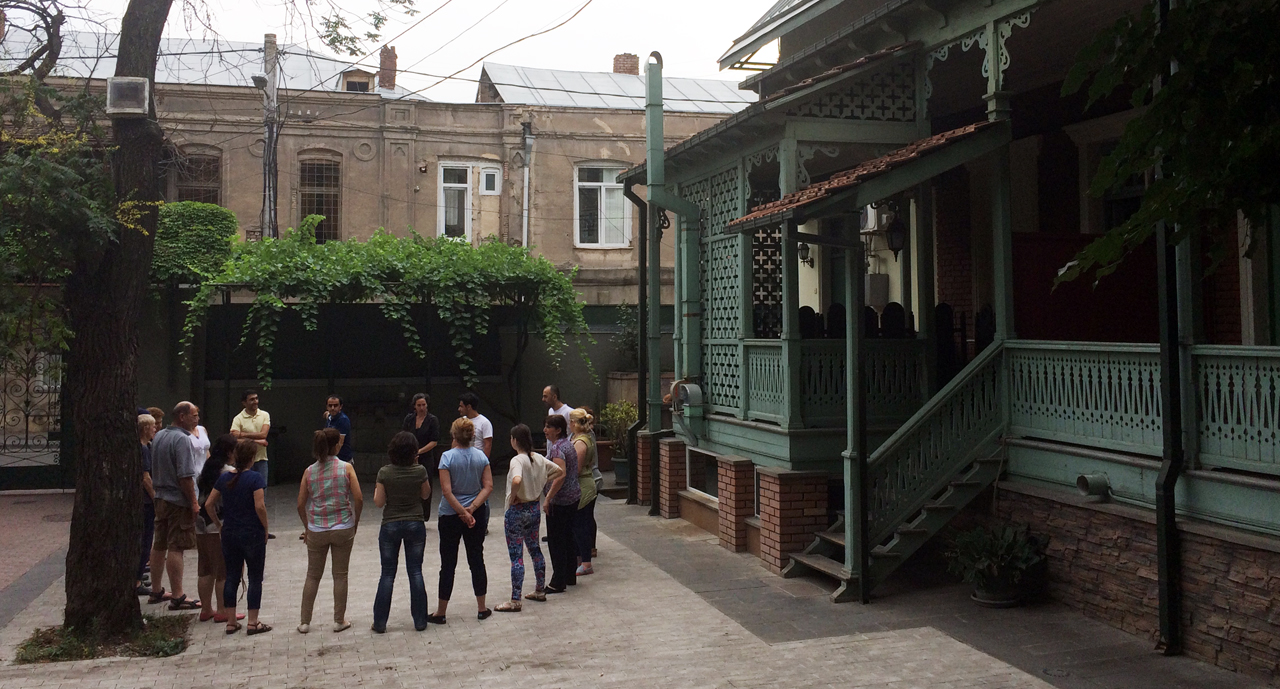 As part of its activities in the South Caucasus supporting inclusive peace processes, CMI organised a four-day workshop in the framework of the program “Women’s Peace Agency”.

CMI’s engagement through this initiative aims at supporting “insiders” to access marginalized, hardline groups of women severely affected by the conflict. The program focuses on deconstructing widespread war narratives and hate speeches through personal transformation at the grassroots level.

The program is developed on CMI’s core values of inclusion and of engaging women as active agents of positive social change and opinion makers in their communities and society.

Women, and especially within communities severely affected by conflict, remain one of the groups with an important role to play as agents for prevention and peacebuilding but also with a role less publicly acknowledged – as hardline drivers of conflict.

Perspectives and understandings of personal and collective narratives

Facilitated by Dr. Marina Grasse and Mirella Galbiatti from the Berlin-based organization OWEN, the workshop gathered a core group of participants representing the different sectors of the South Caucasus societies (journalists, gender experts, NGOs representatives, mothers of soldiers), each of them differently affected by the conflicts. Preceded by in-country meetings, the joint workshop acted as the launching of the full programme that is designed to run over the next two years.

Using a unique combination of methodologies, through the “theater of the oppressed” and through the “dealing with the past” approach based on the works of Maurice Halbwachs and Gabriella Rosenthal, the workshop aimed at encouraging awareness on the different perspectives and experiences of the past and memories.

Through personal story-telling participants reflected on the role of memories in our understanding of present as well as how to use it as a tool to engage with people directly affected by the conflict in their societies. Specific methodologies and techniques were offered by the facilitators on how to conduct biographical narrative interviews.

The workshop was organized with the support of the Ministry for Foreign Affairs of Finland and of private funding.