We count ourselves as champions of the efforts to ensure women’s role in peacemaking, says CMI’s senior manager Antonia Potter Prentice. 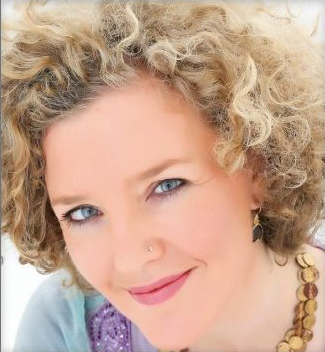 Already 15 years have gone by since the UN officially recognised the role of women in peace and security – as many years as CMI has been actively supporting peace. We count ourselves as champions of the international efforts to ensure women’s role in peacemaking, which is a key focus of our programmatic work.

The foundational UN Security Council resolution on women, peace and security (UNSCR 1325) was adopted in 2000.

Today, it has six accompanying resolutions, which strengthen and reinforce its core messages: women’s participation and decision-making in peace and security; better prevention, protection and prosecution regarding sexual violence in conflict; and the need for training on gender-sensitive approaches in conflict prevention and resolution, peacekeeping and peacebuilding, and humanitarian response.

Mediation and negotiation are a small part of this vast domain of international action. However, these efforts tend to have a high profile and are often vital in defining pathways out of cycles of violence in conflict-ravaged nations. It is often for mediation and negotiation efforts that the Nobel Peace Prize is awarded – though still rarely to women.

Every year the UN Secretary-General reports to the Security Council on how the implementation of the resolutions is progressing. One of the areas of weakest progress continues to be women’s meaningful participation in peace processes. UN statistics show that only 4% of signatories, 2.4% of chief mediators, 3.7% of witnesses and 9% of negotiators between 1992–2011 were women. Let’s see what the updated figures for the 15th anniversary will be.

Experts agree that these low numbers are rooted in the persistent inequality between men and women in terms of access to power and decision-making. Extensive research since 2000 has shown that there is no lack of qualified and able women to play roles as mediators and negotiators.

They are also competent in the full range of issues relevant to the conflict and its resolution, not only the so-called women’s issues.

THERE IS NO LACK OF QUALIFIED AND ABLE WOMEN TO PLAY THE ROLES OF MEDIATORS AND NEGOTIATORS.

We concur that this is not a problem of supply but of demand. In our analysis, both sides of the equation need to be engaged to make real progress, both in terms of representation and the overall quality of peace process outcomes.

In our work, we use the agency and experience of women in conflict-affected countries as the starting point. We work with existing, diverse groupings of women such as parliamentary caucuses (South Sudan); gender units in sub-regional organisations (the Economic Community of Central African States) and informal but influential citizen groups (Yemen and South Caucasus), which often bring together women from across political, religious and ethnic divides.

With our support, the women are able to analyse conflict drivers and potential solutions. They can then define shared views and options, including strategies for engaging and influencing decision-makers.

On the other side of the equation, we contribute to strengthening the practical skills of prominent UN and regional peace envoys and independent mediators.

Ultimately the inclusion of women leads to more sustainable peace.

During the high-level seminar we organise together with the UN and the Peace Research Institute Oslo, they learn to consider gender approaches and engage with women at all levels in their work. New research from Geneva’s Graduate Institute demonstrates how effective a mediator’s role can be in ensuring women’s quality participation.

Mediation may still be a male-dominated stronghold. But increasingly women are finding multiple ways to influence this still-closed space, and to build paths to enter it in their own right. Ultimately this leads to more sustainable peace.

Antonia Potter Prentice is a senior manager for gender and inclusion at CMI.

This story was first published as part of CMI’s annual report in May 2015. You can find the complete annual report here (pdf) or here (web version).