The Transdniestrian conflict a roadblock to all development

Moldova’s deputy prime minister pushes hard to start the political negotiations again to solve the Transdniestrian conflict. He was previously a member of CMI’s expert group and continues to have a constructive relationship with us. 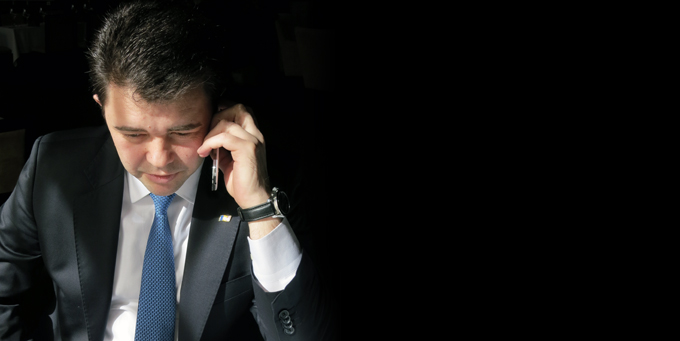 “You will never be a politician nor a minister,” said a father to his son when he repeatedly ordered the boy to put the books away. “I loved reading. Other members of my family worked outside on the farm. Books were my world.”

This is a story that Moldova’s current deputy prime minister Victor Osipov tells with a sparkle in his eyes.

At the time of Osipov’s childhood, Moldova was a part of the Soviet Union. The small country of four million citizens gained its independence 23 years ago when the Soviet Union collapsed.

However, ever since then there has been an internal conflict over the Transdniestrian settlement. Now there is even more tension in the region due to the Ukrainian conflict.

Regional instability has an impact

“Ukraine used to be one of the guarantors of the Transdniestrian process,” reminds Osipov. Although the negotiations are still considered to be ongoing, the official sessions stopped in June 2014 when the Transdniestrian side made specific requests that should be addressed for their participation to continue.

Now the negotiations to solve the conflict have been frozen for almost a year. “Everyone understands that the major player here is Russia,” he says and emphasises that there is now a lack of clarity in the region.

Yet, Osipov is not someone who would stand still and wait for better times. He is pushing hard to start the political negotiations again with internal and external players. Osipov himself has been nominated as chief negotiator representing Moldova’s government.

Prior to his current governmental posts, Victor Osipov was part of CMI’s high-level expert group working to build trust and find common ground between contradicting views in the Transdniestrian conflict.

”These unofficial platforms are necessary to build trust.” Osipov’s experiences from CMI’s projects are entirely positive. He even claims that the networks, relationships and different viewpoints have helped him in his current job.

Roxana Cristescu, CMI’s head of Eastern Europe, the Caucasus and Central Asia, and minister Osipov continue to seek ways to solve the conflict.

“CMI created a platform to discuss sensitive issues, build trust and search for common ground. The group is like a bank of experts who give you food for thought. We also wrote valuable documents and created future scenarios. Many of these were supported by the whole group.”

According to Osipov, CMI’s work demonstrates that beyond the official circles, there exists a community of people on all sides of the conflict divide who are willing to solve the Transdniestrian conflict.

“THE HIGH-LEVEL GROUP IS LIKE A BANK OF EXPERTS WHO GIVE YOU FOOD FOR THOUGHT.”

What worries many Moldovans in the current unstable situation is the brain drain. Talented young people are moving away to study and work.

“I hope they will move back after having experiences abroad. Then they will bring along their knowledge of how things are done elsewhere,” Osipov concludes.

This story was first published as part of CMI’s annual report in May 2015. You can find the complete annual report here (pdf) or here (web version).