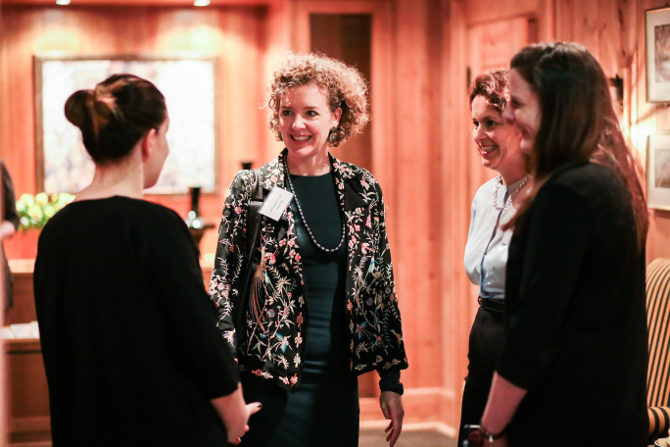 The snow was falling in the Norwegian mountains whilst 20-odd seasoned mediation practitioners reflected on including women into peace processes, based on the latest research and analysis, as well as their own experiences. The serene environment of Holmenkollen provided a suitable space for intimate experience sharing, learning and interactive group work away from what the mediators describe as the overwhelming ‘noise’ of war and the political deal-making that goes on to stop it.

It’s not ‘what to do’ but ‘which questions to ask’

The objective of these high-level seminars is two-fold, explains Antonia Potter-Prentice, CMI’s Senior Manager on Gender and Inclusion: “We want to improve peace processes by increasing women’s effective participation in them, and we also wish to improve peace agreements by guaranteeing that issues important to women are acknowledged in them.”

During the two and a half day seminar, the participants learned from the presentations from CMI and PRIO experts as well as from the United Nations Standby Team of Mediation Experts.

“The idea of mediation is conceptually universal but needs to always be applied to a certain context. That’s why I wish that the participants can go back from this training not with ready answers on gender and inclusivity in mediation but with clarity on what questions need to be asked”, reflected one of the presenters, Brendan McAllister from the Standby Team.

One of the keynote speakers, Dr Thania Paffenholz, shared a strong message for women’s inclusion among the audience. Her new, evidence-based research across more than 40 conflict case studies clearly shows that when women’s groups are actively involved, the likelihood of peace agreement being reached is significantly higher.

“Sitting at the table is not enough. The ability to actually influence the process is a key issue.” – Dr Thania Paffenholz

However, inclusion for the sake of the inclusion is not enough. “The quality of inclusion matters”, Paffenholz stressed.

“Sitting at the table is not enough, the ability to actually influence the process is a key issue. The better prepared the women and other included actors are, the more positive that influence can be.” 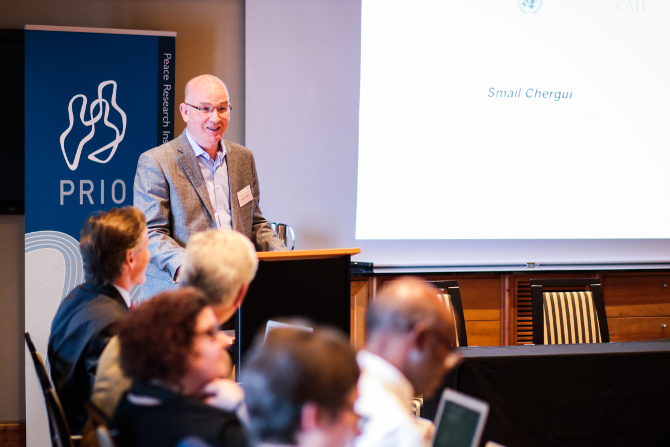 African Union Commissioner for Peace and Security Mr Smail Chergui proudly addressed the participants: ”2015 will be the year of women’s empowerment at the AU.” (Photo: Taral Jansen)

The participants shared their own experiences from a variety of different contexts ranging from Yemen to Somalia and Kenya, and from personal to institutional and religious standpoints.

The speakers at the seminar, themselves experienced mediation professionals, highlighted the need for mediators to be culturally sensitive and creative in encouraging inclusiveness. Mediators and their teams should lead by example, and they need to consider different options for creating spaces for women’s participation which fit the specific context. Including women broadens the discussion about the difficult issues that are driving the conflict, and may ripen the conditions for peace by helping to change some hardened conflict party positions.

There is no doubt about the key message that prevailed throughout the seminar: Women are not only victims, but agents of peace. Now we have in our hands the practical tools to support them as such, the participants agreed.

Next seminar in Helsinki in May

The seminars are run in partnership between CMI, the United Nations Department of Political Affairs and the Peace Research Institute Oslo (PRIO), and are funded by the Foreign Affairs Ministries of Finland and Norway. The final seminar in the series will be held in Helsinki on 19-21 May 2015. 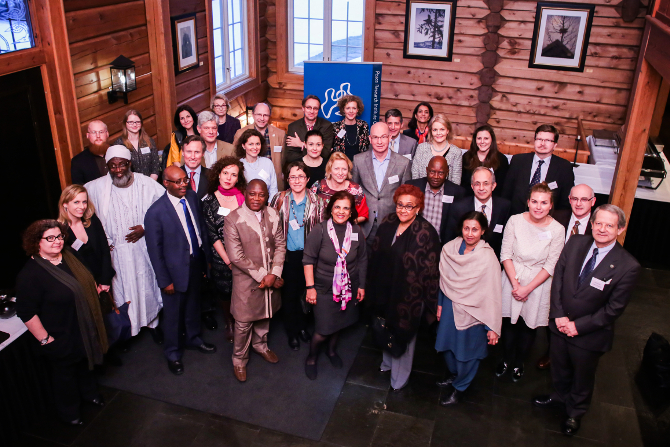 The participants of the seminar were seasoned mediators. (Photo: Taral Jansen)