As part of its dialogue efforts in the context of the conflict over Nagorno-Karabakh, CMI has brought together a platform of up-coming and committed individuals from all sides of the conflict divide to jointly contribute to peaceful developments of their societies.

The series, titled “Peacefall”, stands as a bright and concrete example of the confidence-building initiatives implemented within the dialogue platform. The first episode of the series has just been published. 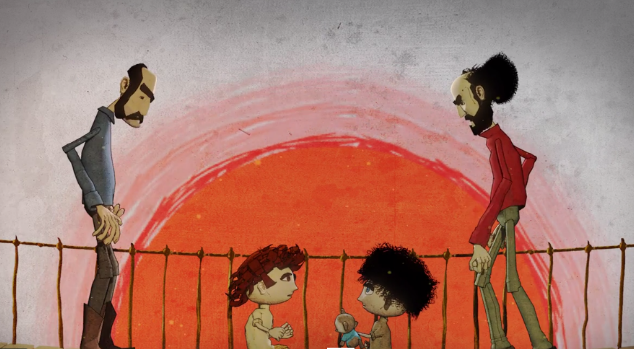 A Word from the Producers

“The idea behind this particular episode is to show the legacy or the tradition passed from one generation to the other”, the producers say. “Traditions, knowledge, wisdom and vision can be a great asset and help the youth in their life. But sometimes the legacy becomes a curse. With knowledge come stereotypes, with wisdom comes close-mindedness, with vision comes blurriness.”

“In this episode we tried to show the passing of this ‘tradition of war’ to younger generation, which results in senseless wars for something that started long time ago. Children grow up with hatred and rage. They are not given the chance to see things differently, to look at the conflict from different angle. The only angle they inherited was the war angle, the only tradition they inherited was the tradition of war. Since birth they are cursed with their legacy: legacy of war and hatred.“

“A legacy can be a great asset but sometimes it becomes a curse.”

“The episode ’Legacy’ is an attempt to show the lack of confidence at the individual level as well as at the level of conflicting parties. It engages people into an eternal dilemma, which has no solution and no way out. The lack of confidence has been inherited from the previous generation and would be slowly transmitted to the next one, unless certain measures are taken.”

“Nevertheless, the cartoon stays silent regarding those measures or the future development of the story, as the aim of it is not expressing our vision or thrusting it on audience, but the contrary.”

Reflecting on the Series – A Word from CMI

A unique animated series of cartoons, created by a group of up-and-coming individuals committed to contributing to the peaceful settlement of the Nagorno-Karabakh conflict, has just been launched. 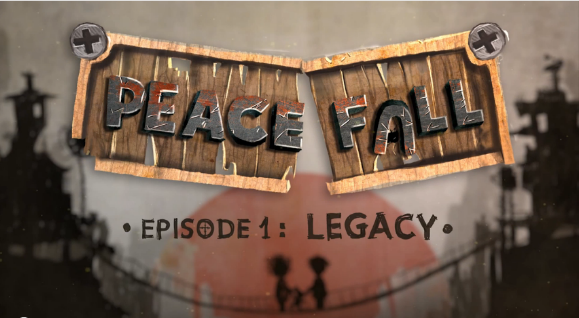 In fact, as one can notice throughout Peacefall episodes, the authors’ intention is not to provide ad-hoc documentation of facts and historical analysis or to single out different interpretations of reality, negative or positive as they might be.

What is offered instead is a first row seat to a systematic effort to expose through fiction the unnoticeable devastating effects of decades-long unresolved grievances and mutual violence. The cartoon’s artistic pursuit is to challenge our consensual illusion of a “frozen” context in the face of so much underlying complexity and insidious change (source: commonspace.eu).

The second episode will be published in May 2015.

This project is implemented with the European Partnership for the peaceful settlement of the conflict over Nagorno-Karabakh (EPNK), funded by the European Union.