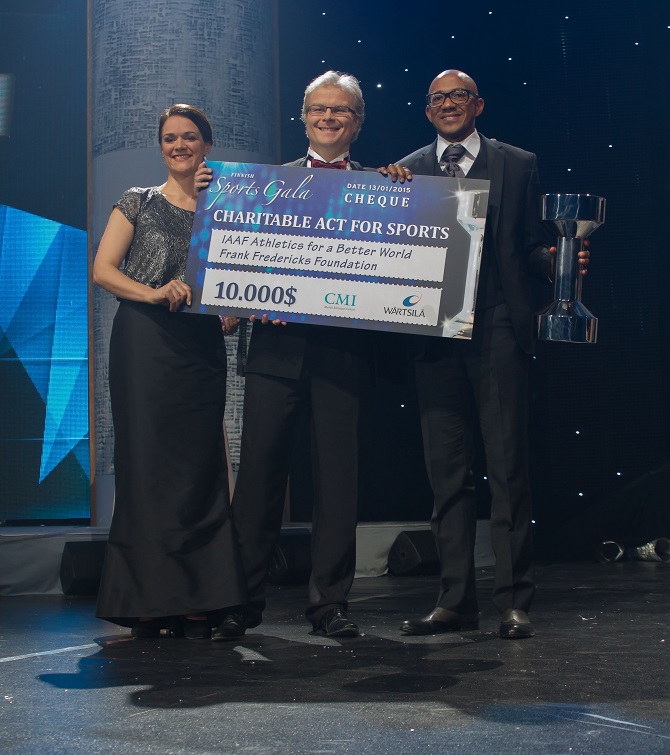 Athletics for a Better World, a program launched in 2014 by the International Athletics Associations Federation (IAAF) was given the second annual Sports Philanthropist award at the Finnish Sports Gala tonight in Helsinki.

The award was received on IAAF’s behalf by Frank “Frankie” Fredericks, former Namibian sprinter and four-time Olympic medalist. Fredericks is also a member of the International Olympic Committee and the Council of IAAF.

The 10,000 dollar prize sum will be used to support the Frank Fredericks Foundation in Namibia and its program, which raises HIV and AIDS awareness and guides local athletes to a healthy life.

The Sports Philanthropy award is sponsored by Wärtsilä. It was presented by CMI’s Fundraising Manager Laura Seppälä and Wärtsilä’s Executive Vice President of Communications and Branding Atte Palomäki.