Conference on security challenges and conflict resolution in Eastern Europe

Since 2012, CMI has organized in cooperation with the European Policy Centre an annual high-level conference in order to take stock of the progress made on supporting the peaceful settlement of the conflicts in Eastern Europe and the South Caucasus. This year’s conference was organised with the support of the Swiss OSCE Chairmanship and reflected mainly on the consequences of the Ukrainian crisis for European security. The event also provided a space to analyse the trends and developments in the peace processes focused on the Transdniestrian, Nagorno-Karabakh and Georgian conflicts and assessed the role of key international actors in these processes, in particular the OSCE, the EU and Russia.

Ambassador Thomas Greminger, Head of the Swiss Delegation to the OSCE, Chairperson of the OSCE Permanent Council, opened the conference highlighting the OSCE efforts to undertake concrete prevention, conflict management and dialogue initiatives on a number of crisis and tensions escalating in 2014 in the South Caucasus and Eastern Europe. Particular emphasis was put on the OSCE Chairmanship response to the Ukrainian crisis – including the deployment of the OSCE Special Monitoring Mission and the OSCE Observer Mission at the Russian Checkpoints Gukovo and Donetsk.

Heidi Hautala, Vice-Chair of the Group of the Greens/European Free Alliance in the European Parliament, Chair of the Delegation to the Euronest Parliamentary Assembly focused her keynote intervention on the possibility of finding new geopolitical and economic modes of cooperation which could decrease the polarising trends and confrontational debates currently experienced on the European continent. 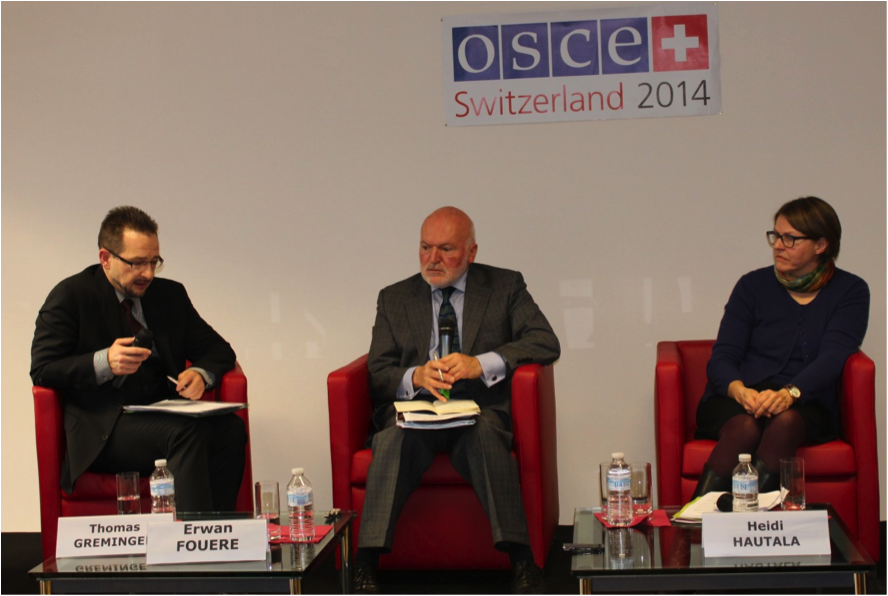 The first panel, titled “The consequences of the Ukrainian crisis for European security: buried assumptions, the response and work ahead” brought together a variety of perspectives from officials and independent experts from the EU, Ukraine and Russia.  The panellists focused on both the root causes of the current crisis as well as potential paths towards its resolution.  The roles of the EU, Russia and the USA were in focus, as well as that of such key international organisations as the OSCE and NATO. A robust discussion followed the speakers’ presentations, focused on the drastic impact of the current crisis on Ukraine itself and on the security challenges presented by it for the European continent as a whole. 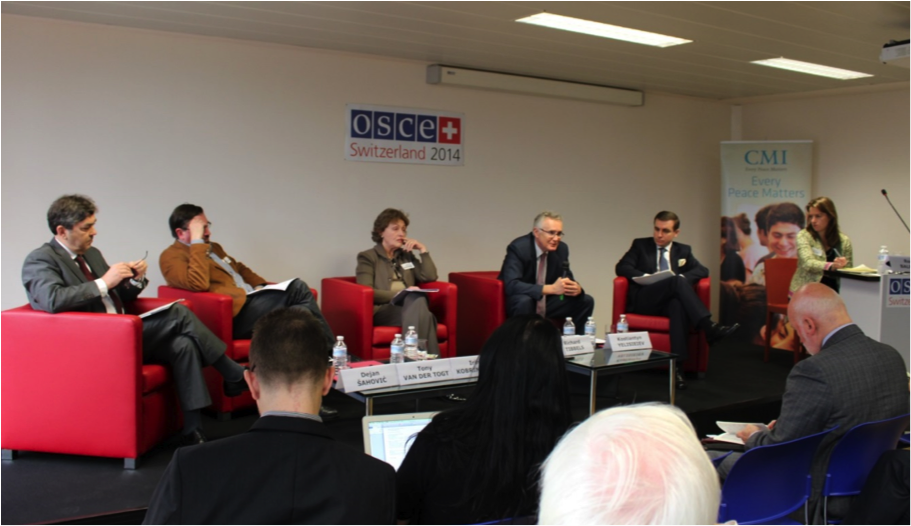 Panel I: The consequences of the Ukrainian crisis for European security: buried assumptions, the response and work ahead

The South Caucasus panel assessed the current situation in the conflict over Nagorno-Karabakh following the recent escalation of tensions that resulted in several casualties around the Line of Contact and beyond.  The panel also analysed the role of regional actors, namely Russia, Turkey, Iran and the EU in an attempt to provide a broader picture of the geopolitical landscape around the South Caucasus. 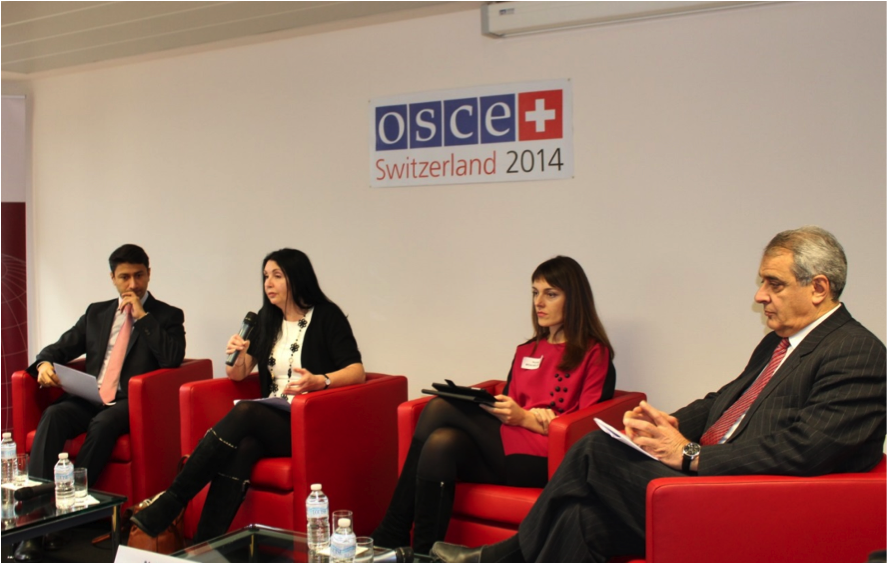 Panel II: Bringing peace to the South Caucasus: a view from inside the region 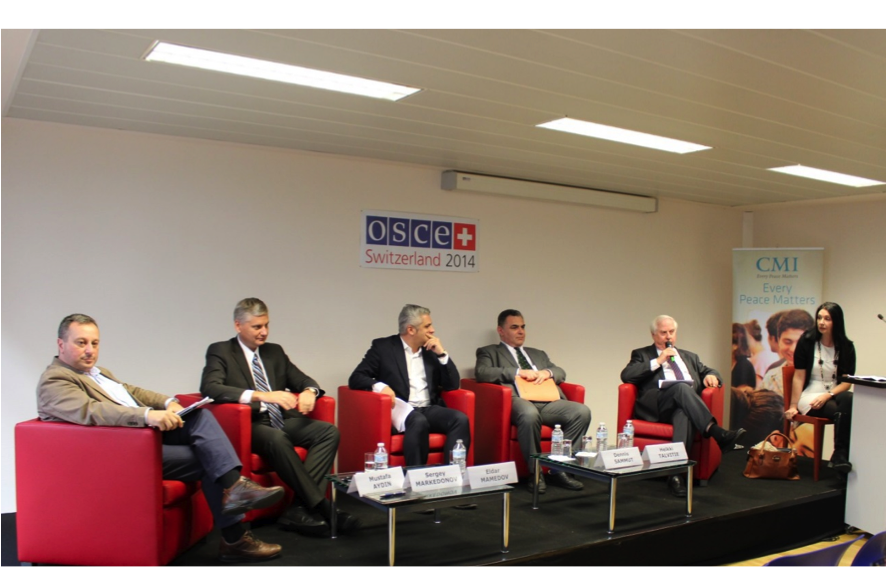 Panel II: Bringing peace to the South Caucasus: the role of external actors

The last panel of the conference analysed the progress on the Transdniestrian settlement process in the wake of the Ukrainian crisis and given the post-election political landscape in the Republic of Moldova. 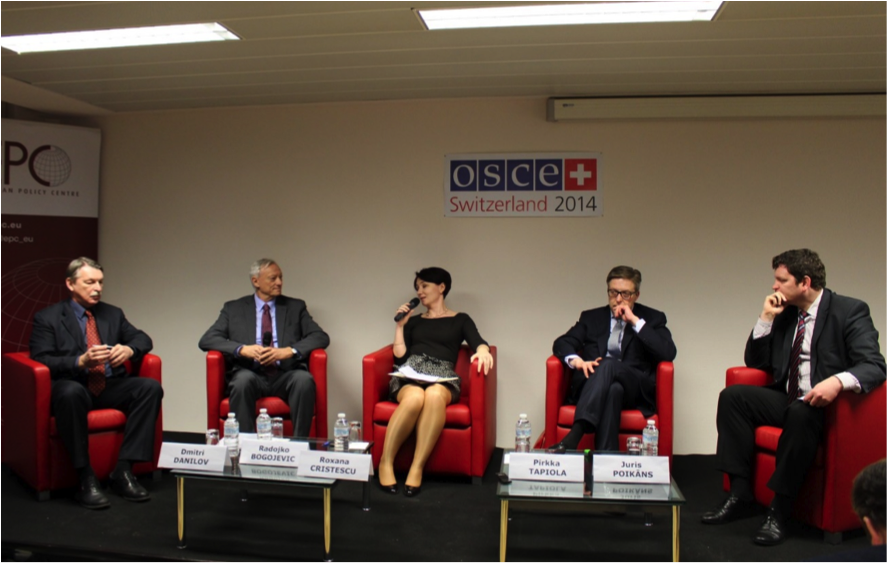 The full report of the conference will be added shortly.