In the framework of this visit, CMI organised on 4 December in Moscow a round table event in cooperation with the Russian International Affairs Council (RIAC) to discuss ways forward for the Transdniestrian settlement in the context of the downturn in Russia-EU relations (more information at: Round table at RIAC on 4 December). While in Moscow, the experts held bilateral meetings with:

The meetings were followed by a joint conference organized by CMI, the Institute of Europe of RAS (Russian Academy of Science) and the AES (Russian Association of European Studies) entitled “In Search of Joint Responses to Threats and Challenges to European Security” (more information at: Conference on 4 December).

The high level experts’ visit continued in Brussels, where bilateral meetings were held with EU and OSCE officials and Members of the European Parliament, including: 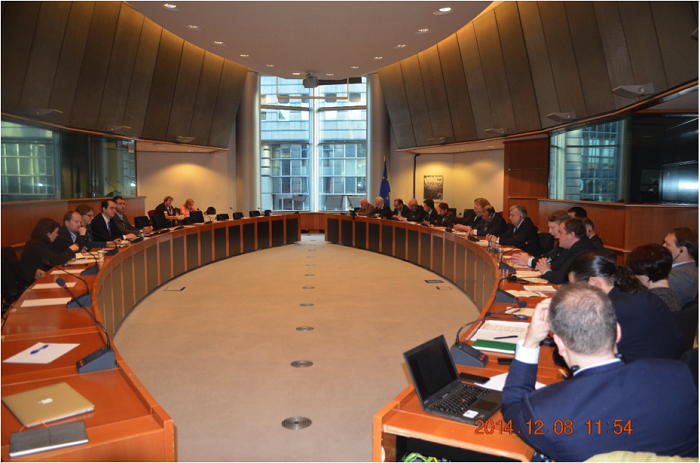 A lively discussion at the European Parliament.

In the framework of Brussels visit, the experts also participated in the Conference on “Security Challenges and Conflict Resolution in Eastern Europe”, organised by CMI in cooperation with the European Policy Centre (EPC) and with the support of the Swiss OSCE Chairmanship on 9 December (more information at Conference 9 December). 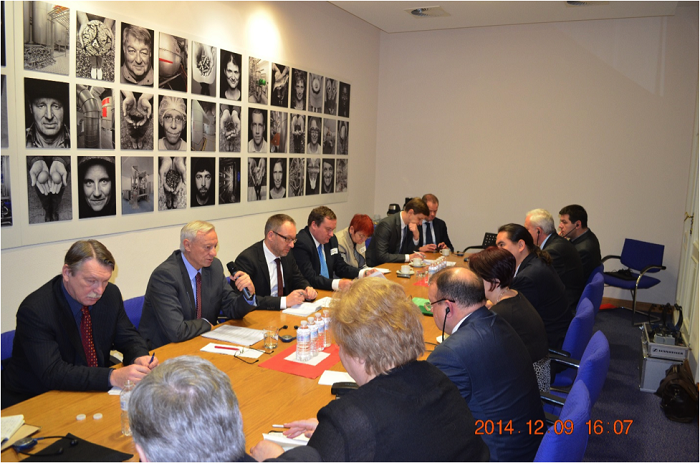 Meeting with Amb. Radojko Bogojevic, Special Representative of the Swiss OSCE Chairperson-in-Office for the Transdniestrian settlement process in the premises of the Mission of Switzerland to the EU

At the end of the visit, the group underlined the necessity to keep the same dynamic of its work next year, to hold further meetings with international interlocutors and to continue producing joint recommendations in support of the Transdniestrian settlement process.

This project is financed by the German Federal Foreign Office through project Zivik of the Institute for Foreign Relations (Ifa) and the Ministry for Foreign Affairs of Finland.