Work for peace in Afghanistan continues

Afghanistan is entering into a new era as the majority of the international troops are leaving the country by the end of 2014. The new president Ghani and Chief Executive Officer Abdullah have taken over the political power. Still, the conflict is all but over – it is now more in the hands of the Afghan people to determine how to move forward.

CMI has been supporting a group of civil society activists in Mazar-e-Sharif, Balkh, Afghanistan for some years now. Last year, the group established the Civil Actors for Sustainable Development Organisation (CASDO) to engage in peacebuilding and cultivate the authorities and population for peace. CMI and the group have entered into second cooperation agreement and are implementing a mutually agreed workplan.

Actively building relationships with official actors and the media

In the past year, CASDO has been actively implementing the workplan on many fronts, particularly focusing on building relationships with the official peace process actors in Balkh.

CASDO has among others established a good working relationship with the Provincial Peace Committee. This led them to jointly organise a workshop to analyse the work of the committee, and to discuss how civil society actors and organisations could play a more active role in the provincial peace process. The workshop brought together more than a hundred government officials, peace committee members, local leaders, civil society activists and university students.

During the last decade, media has witnessed huge growth in Afghanistan. CASDO has been engaging with local media directors for quite some time and they currently meet every three months to discuss matters of common interest. At their last meeting, they among others discussed the importance of publishing peace-related information instead of violence and war, and agreed to organise training for journalists to support them in reporting about conflict resolution and peace-building activities. 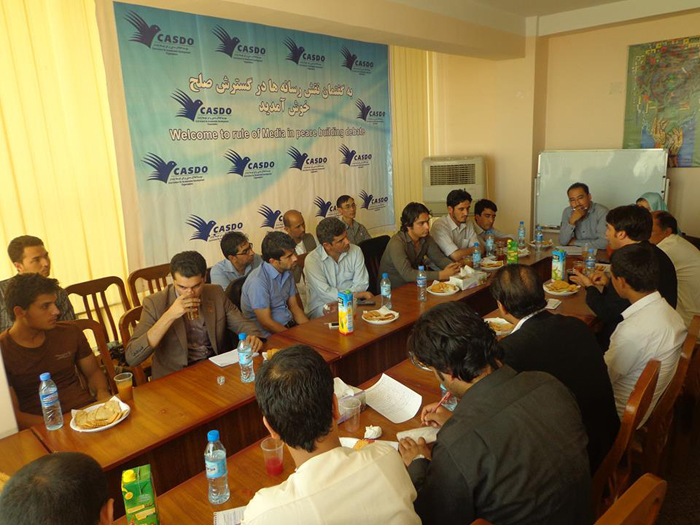 Encouraging religious leaders and university students to work for peace

CASDO has also worked with religious scholars and leaders (Ulama) to support them in advancing peace through their actions. Together with the Department of Pilgrimage (Haji) they convened religious leaders to discuss the issue, which generated a concrete idea of a guidance booklet on how the religious scholars can take up peace issues in their work. The booklet would be shared to all mosques in the area. 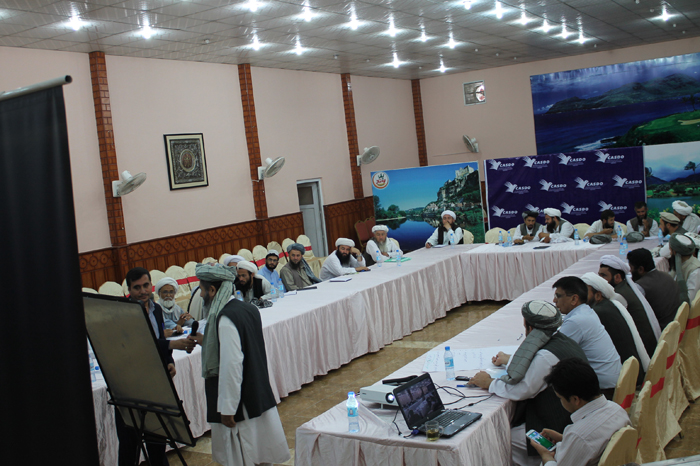 CASDO has also engaged universities in discussing different aspects of peace. Writing contests have been organised among students at two of Mazar-e-Sharif’s private universities. Three interesting writings were then recognized and discussed at events which have been very popular among students, faculty, provincial authorities, and members of the provincial council and the peace committee. 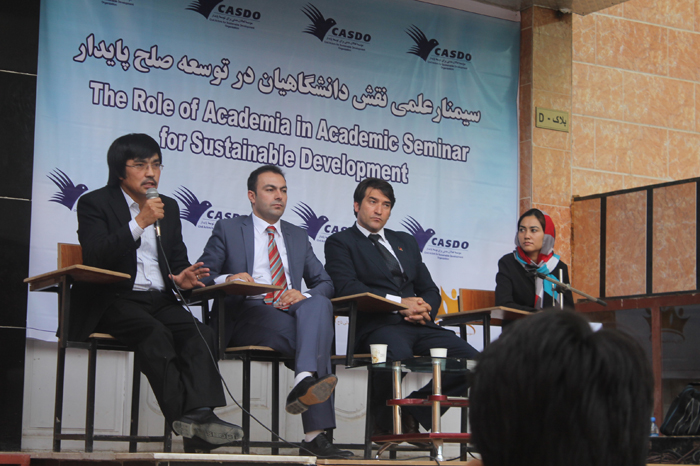 On the international day of peace, CASDO wanted to remember and highlight the difficult situation of a neglected part of the Afghan society; women prisoners. An event was organised with the authorities at the women’s prison to discuss the inadequate living conditions, how prisoners could use their sentences constructively and the necessity to ensure that inadequate paper work does not lead to prisoners being released once they have served their sentences. 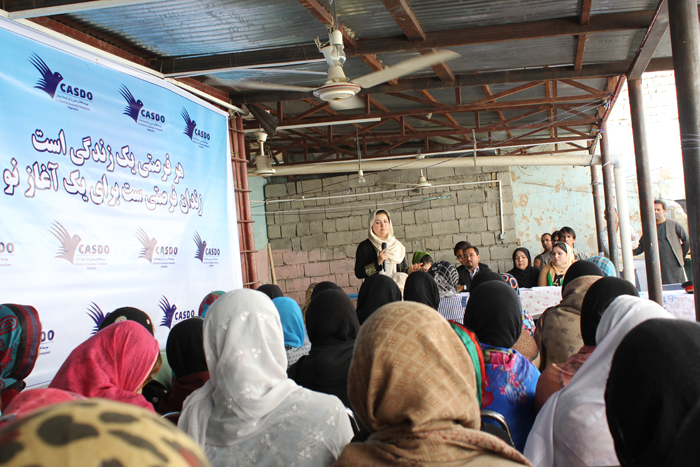 Many plans for the coming year

In 2015, CASDO is committed to continuing its work in a similar manner. Plans include among others meeting and building relationships with the newly elected and assembled Provincial Council, as well as continuing the work with religious leaders and the peace committee. In the longer term, the organisation aims to broaden its reach to the Balkh districts, and to begin addressing the more direct causes of conflict in the region.

Under the auspices of our cooperation agreement with CASDO, extended to July 2015, we will continue to support the work of CASDO with methodological advice, training and financial support.