Tribalism significantly hinders peace and unity in South Sudan, youth from across the country believe. This was one of the interesting findings that came out from local-level consultations carried out by the Youth Dialogue Platform established by CMI. The platform members heard the views of almost 800 of their peers during this fall. 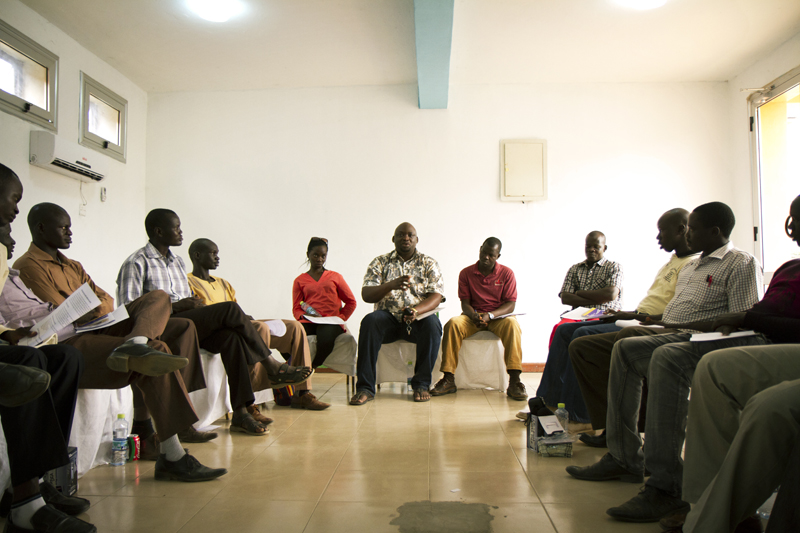 During the past months, a group of youth leaders from different states in South Sudan conducted consultations among their peers. The group sought to understand how young people see the chances for peace and unity in South Sudan and what could be done to strengthen these chances. The consultations, supported by CMI and ONAD (Organisation for Nonviolence and Development), were among the first to be planned and done by youth themselves, and to cover the entire country.

The consultations revealed that most youth considered tribalism to be one of the most significant factors hindering peace and unity regardless of where they come from in the country. 85% of all respondents mentioned tribalism. Many other important hindering themes, such as corruption, injustice and power politics, were identified across the country. On the other hand, clear differences were found in the attitudes between the states, particularly in levels of optimism and confidence.

Collecting young people’s views from across the country

South Sudan is a young country still building its national identity. It gained its independence in 2011 and is now troubled by a civil war that began in December 2013. Two thirds of South Sudanese are under 25 years of age according to the 2008 population census results. Despite constituting the majority, youth have had little to say in the politics of the country. CMI has been working with youth leaders from all the ten states for over three years now. Our aim is to capacitate them to make their voices heard in national conflict resolution efforts, and to bridge the gap between them and the leaderships at all levels.

Collecting thoughts and ideas from the ten states of South Sudan is a daunting task. Traveling to some of the states can take several days from the capital, Juba. As most people in South Sudan are illiterate, the consultations need to be done orally via interviews. In addition, it is always a challenge to analyse and summarise the opinions of hundreds of people and to communicate these results effectively.

To help with these challenges, CMI’s Methods & Tools (M&T) team took part in the process. With our technical support, the youth designed a questionnaire that was easy to administer and could produce clear outputs for them to drive their messages onwards. They conducted the consultations themselves, receiving answers from 745 youth across the country. Afterwards, the youth platform convened in Juba to discuss their experiences and to submit the collected answers via internet to CMI. The team in Helsinki was able to provide the youth with a preliminary analysis of the results in a matter of a few hours.

The results from the consultations were discussed and jointly analysed at a workshop held 7-8 November in Juba. Based on the results, the youth identified five key areas that need urgent attention if sustainable peace is to take root: stopping the negative effects of tribalism, improving rule of law, power sharing and equality, and working towards dialogue and reconciliation.

The youth spent the second day of the workshop discussing the consultation processes and outcomes, and began drafting recommendations that would tackle these issues. When the recommendations are ready, the youth will present them to the decision-makers with the support of the documented results and analysis, thus providing a clear message on why these issues are critical for the future of South Sudan.

Visualisations of the most important results of the youth consultations. The percentages show the amount of youth that mentioned the theme as significantly hindering/helping in peace, unity, and overcoming divisions. 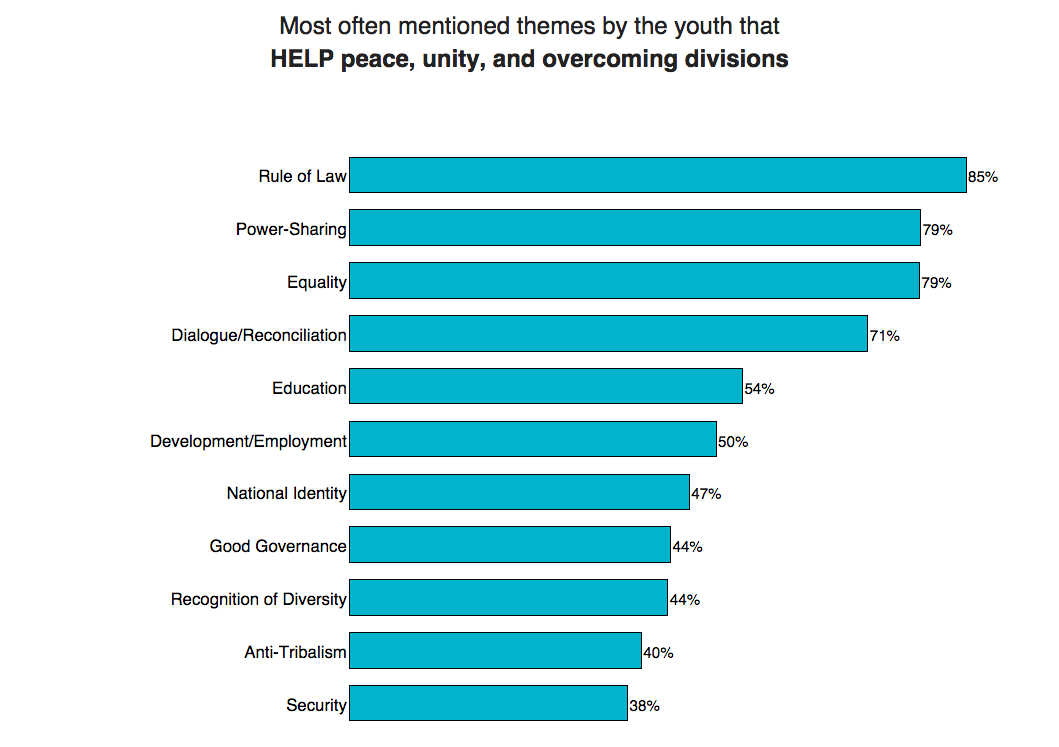 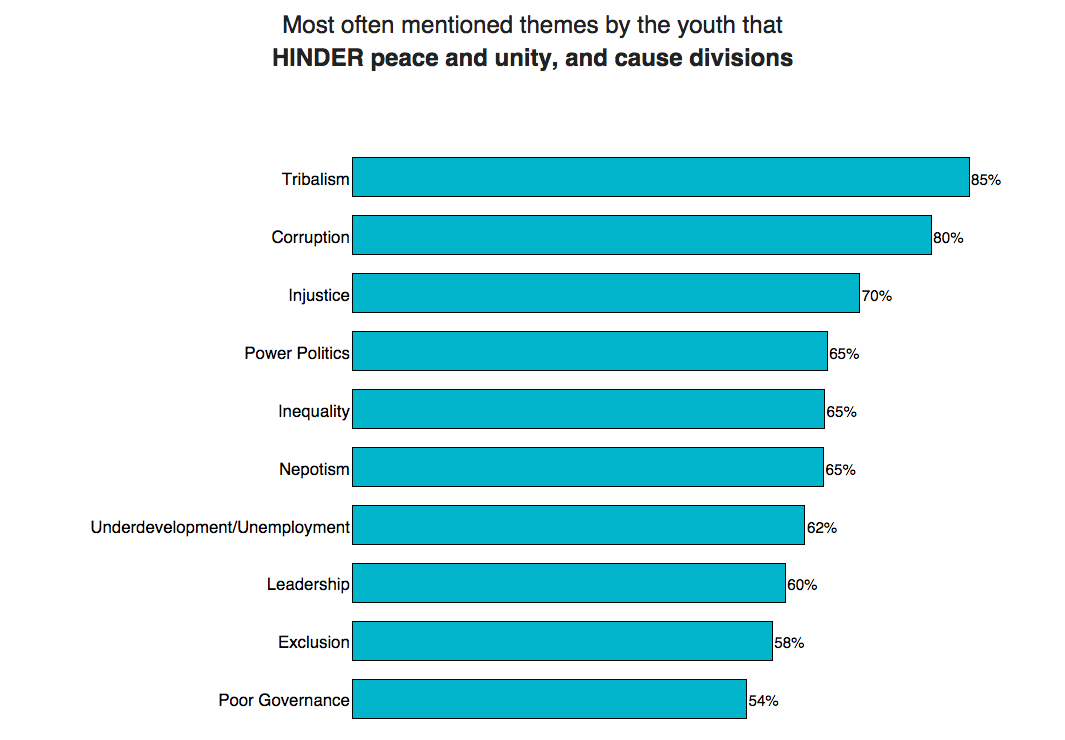