Steps towards peace in South Sudan

“The parties acknowledge a collective responsibility for the crisis in South Sudan that has taken a great toll on the lives and property of our people.” So states a joint communique by the leaders of the South Sudan People’s Liberation Movement (SPLM), the country’s ruling party. The party took a new step towards solving their internal differences and seeking peace for their nation in late October in Tanzania.

South Sudan, the world’s youngest nation, descended into civil war in December 2013. Despite significant regional peace efforts led by the Intergovernmental Authority on Development (IGAD) and much international pressure, a lasting end to the brutal violence has not yet been achieved.

A key factor in igniting the conflict was the internal divide within South Sudan’s ruling party. Addressing these as soon as possible is critical for the young nation that currently faces a severe famine likely to affect millions.

In an effort that complements the official peace negotiations, the Tanzanian government and its ruling party (CCM) brought together the opposing groupings of the South Sudanese “sister party”, the Sudan People’s Liberation Movement (SPLM), to launch a dialogue to solve their internal differences. The meetings held in Arusha on 12-20 October and supported by CMI were constructive and witnessed readiness from all groupings to move forward as one party. 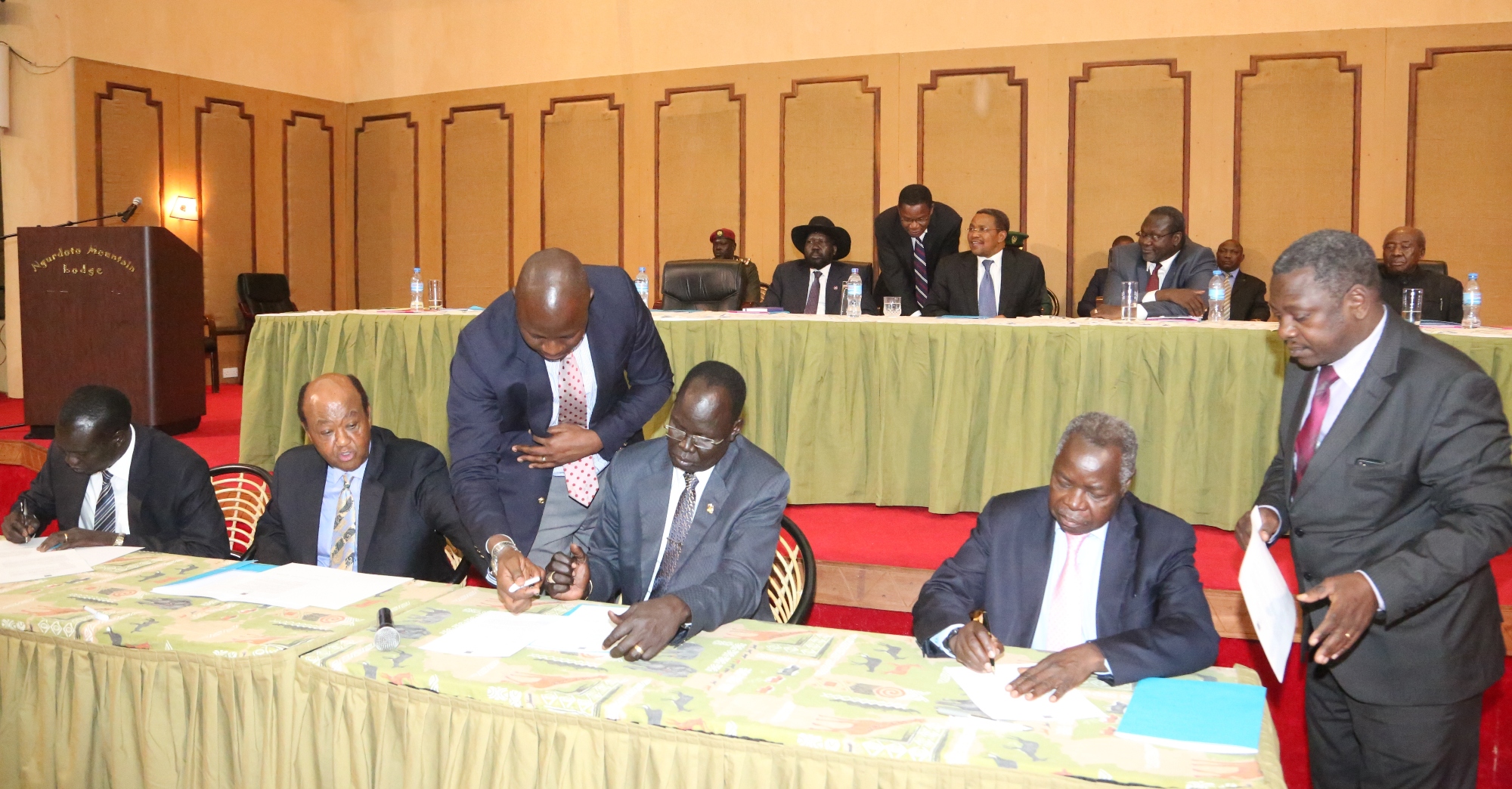 CCM’s Secretary General Mr. Kinana (second from the left) with the representatives of the three SPLM delegations after the signing of the Arusha communiqué. SPLM delegates from the left Paul Akol, Ezbon Idri and Kosti Manibe (Photo by Muhidin Michuzi/Office of the President of Tanzania)

“This is a step in the right direction although the crisis is still ongoing. Importantly, the parties have acknowledged that dialogue and procedures are the only way to resolve their internal differences,” said Itonde Kakoma, CMI’s Head of Sub-Saharan Africa who was present during the Arusha negotiations.

The violence in South Sudan began in the country’s capital Juba following disagreement between the party leaders during the National Liberation Council on issues of internal governance, especially regarding succession. What originated as a political power struggle within the ruling party has since spiraled into military attacks and counter-attacks, ethnic violence, and severe brutality against civilians.

The conflict has already caused immense human suffering. It is estimated that thousands have lost their lives and approximately 1.4 million people have had to leave their homes. To make matters worse, there are distressing signs of a further humanitarian disaster looming in the coming months. A wide-spread famine affecting over three million people is likely. The continued insecurity in South Sudan also jeopardizes the fragile regional stability.

Light at the end of the tunnel?

Finding a solution to the ruling party’s internal conflicts and power struggles as soon as possible is critical for sustainable peace to be achieved. As a positive signal, the dialogue process in Arusha was attended by high-level delegations from the parties, including President Salva Kiir and Riek Machar who met face-to-face for the first time since August. 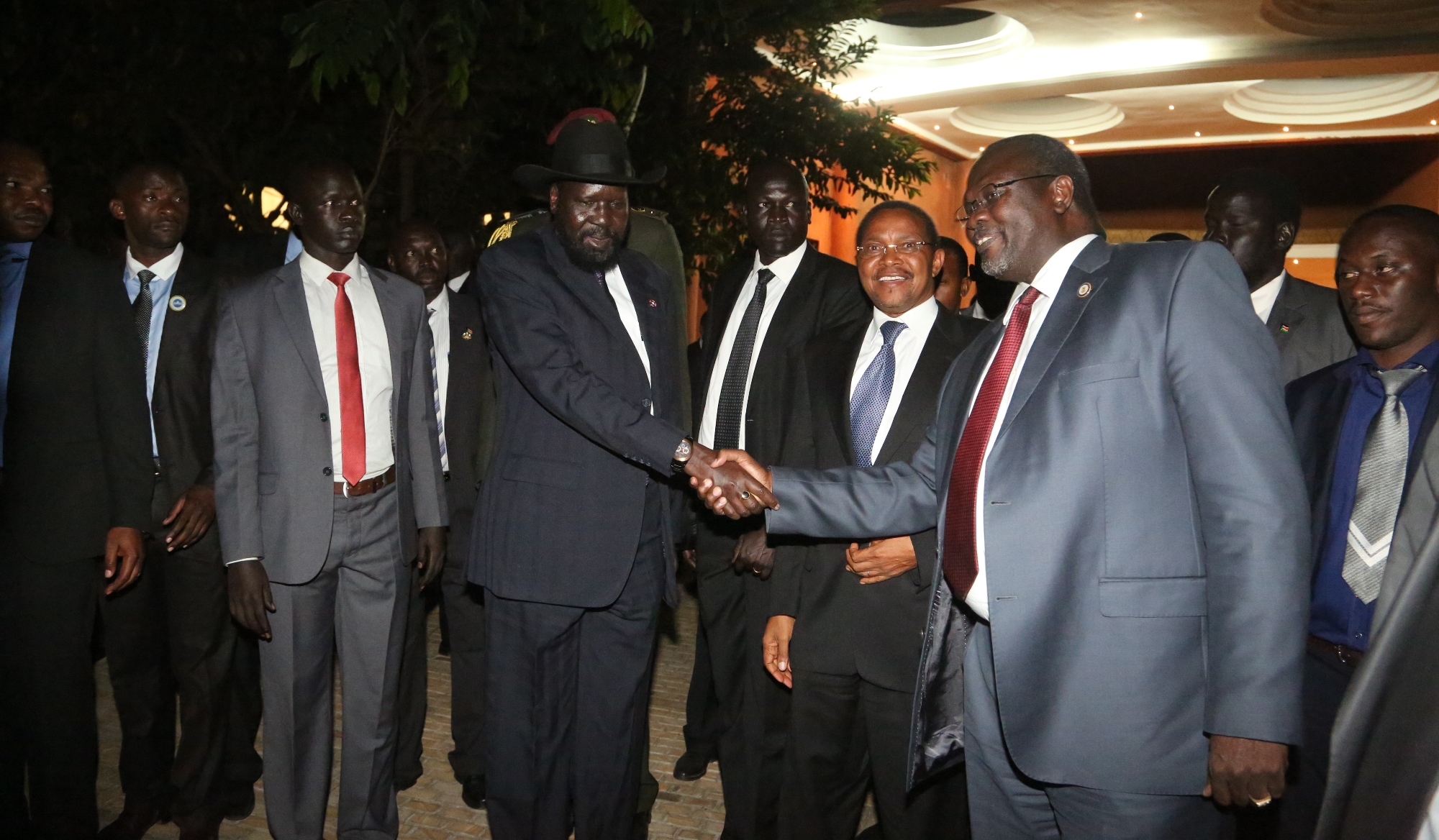 Historically, the parties took joint responsibility for the nation-wide violence during the meetings. They agreed that the crisis must be urgently brought to an end by their “collective leadership through genuine and honest dialogue that puts the interest of the people and the nation above all.” All parties also signed a framework for an intra-party dialogue in which they committed to an agenda and timeline for the coming months.

This new and complementary initiative began at the request of the SPLM party itself, who with the help of CMI appealed in June to Tanzania’s ruling party for support in resolving its internal crisis.

“CMI has been working on many different fronts to support a peaceful future for South Sudan ever since its independence in 2011. As a neutral conflict resolution organisation with good relationships in the region, we were well-placed to help initiate the process and support the negotiations led by Tanzania,” Kakoma says.

Despite these positive indications, Kakoma cautions that many challenges remain. The readiness of the warring parties to commit to both the official peace process and to solving their intra-party differences is crucial.

“We are committed to continuing to support the dialogue process in line with the framework signed in Arusha, as well as the broader peace efforts in any way we can,” he concludes. 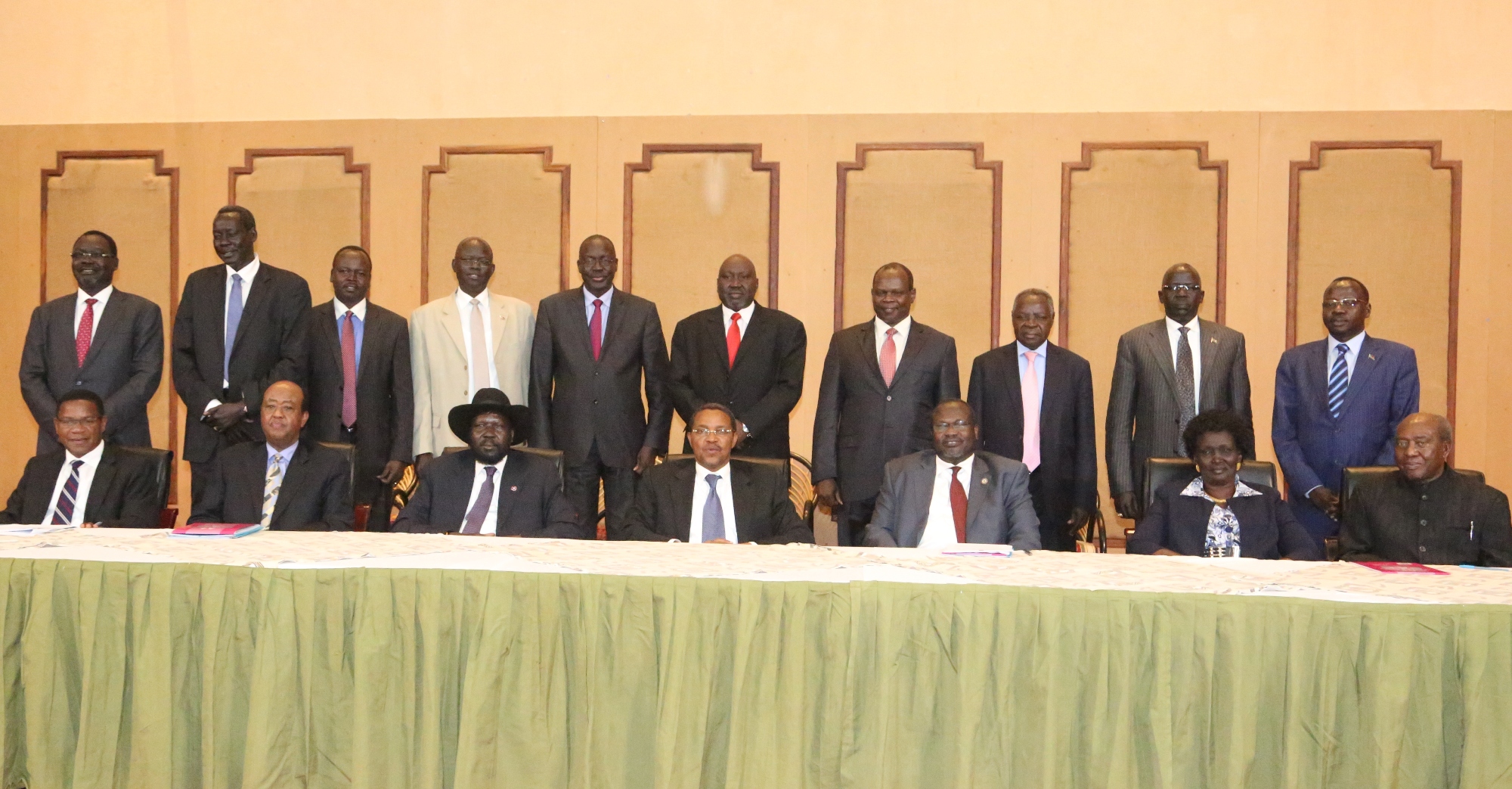