The Transdniestrian conflict stems from violent clashes that broke out between the Moldovan government and de facto authorities of Transdniestria in 1992, resulting in several hundred casualties. The short but traumatic war ended in a ceasefire in July 1992. While fatalities from military action have been avoided since the war, the Transdniestrian conflict has had a significant impact on the population and hampered socio-economic development on both sides of the divide. CMI has been actively supporting a peaceful settlement of the conflict since 2011.

Decades of conflict negotiations have produced limited lasting results. Despite meagre progress for a settlement on several levels, CMI continues to focus on supporting the peace process and building confidence among the key actors on both sides of the river Nistru/Dniestr.

Our main support focuses on bringing together senior independent and official experts from both sides of the conflict divide and from key international community actors. The dialogue group engages in regular discussions and jointly analyses key political, economic and social trends with the potential to impact the conflict settlement. We also encourage peer support and learning from the best practices and challenges in other conflict zones and peace processes.

The structured dialogue allows for in-depth, genuine and ‘outside the box’ discussions between participants from all sides. The group of over 20 members includes political analysts, former negotiators in the official peace process, former senior diplomats and current advisers to the top leadership in the conflict. They come from Chisinau, Tiraspol, Kyiv, Moscow, and the EU.

According to them, a key achievement of this initiative is the fact that a platform is offered that allows for a constructive, mutually-respectful dialogue to be maintained and enriched. “I think these meetings are useful and informative, in terms of getting others’ arguments and different views on important issues. It’s important to raise questions and to receive ‘uncut’ answers in return on current issues,” explains Mr Victor Guzun, business development expert and Member of the Transdniestrian Supreme Council.

The expert group not only analyses, but also offers direct support to the official talks. They have developed recommendations on critical issues related to the conflict, and have encouraged key official actors to consider them when developing official policies. In January 2014, they presented their joint work to the political negotiators from Chisinau and Tiraspol, and key international actors.

“This is one of the few effective formats allowing the collection of different viewpoints at the expert level and the finding of a number of solutions to sensitive issues that can subsequently be advocated to the decision-makers,” highlights Mr Vladislav Kulminski, Policy Adviser to the Prime Minister of the Republic of Moldova.

Learning from other peace processes

Among the efforts seeking to settle the conflict, a process focused on resolving socio-economic problems affecting the daily lives of people has, at times, shown progress. CMI supports closer cooperation between the conflict sides particularly in the areas of education and trade. We have provided opportunities for officials and civil society experts to learn from each other and the experiences of other countries, including Finland and Germany.

At CMI we firmly believe that all conflicts — even the protracted ones — can be resolved. We will continue supporting dialogue as a way of building trust among the parties, encouraging critical and creative thinking, and hopefully creating a conducive environment for sustainable peace.

“The more civil society and official representatives from both sides can be brought together in an informal environment to discuss the issues, the greater the level of confidence and trust established in the process,” says CMI’s Senior Adviser, Ambassador Erwan Fouéré, who was the Special Representative of the Irish OSCE Chairmanship of the Transdniestrian settlement process and key mediator in the process during 2012. 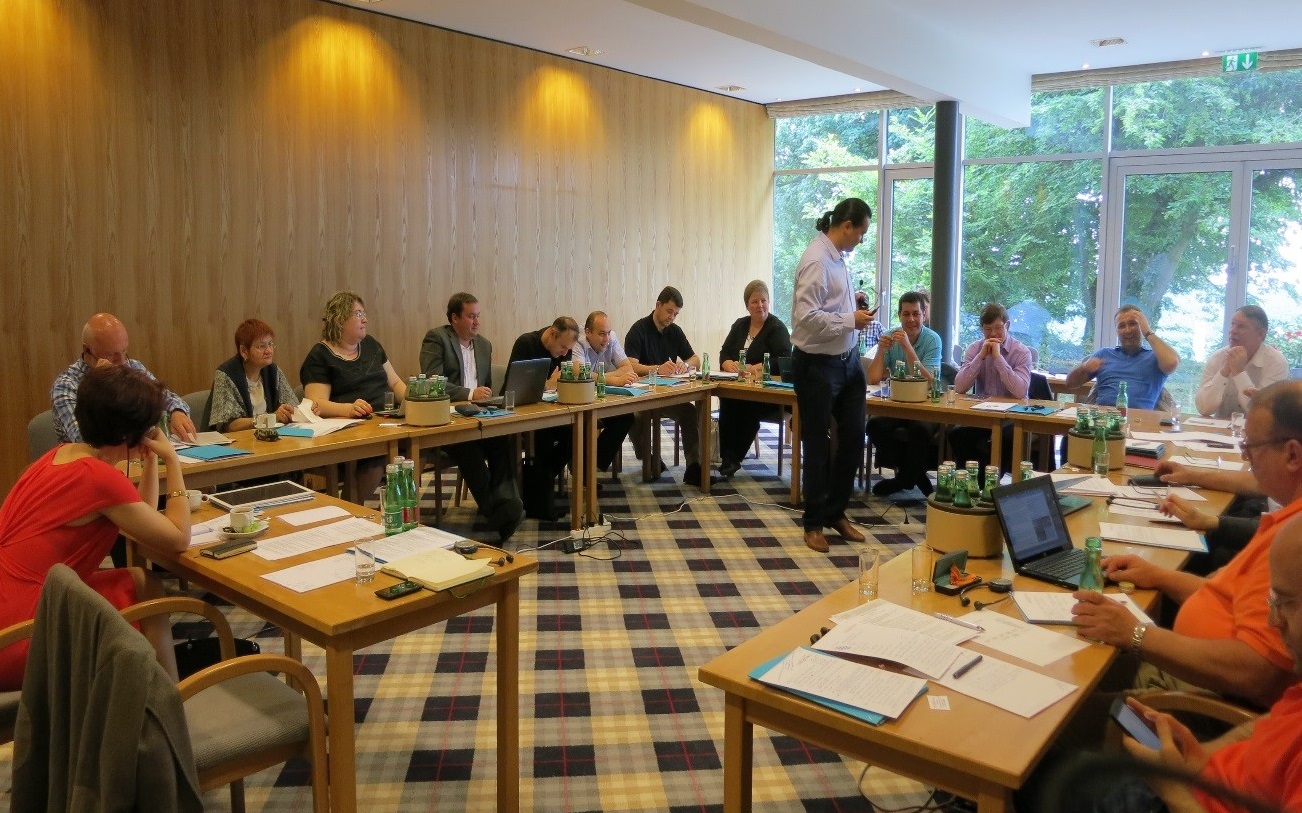 On 14-17 June, CMI’s standing high-level dialogue group convened in Austria for an intensive expert dialogue to elaborate a retrospective analysis of the Transdniestrian settlement process