CMI organised a three day training and planning workshop in Istanbul in May together with the Northern Afghanistan platform of civil society representatives called Civil Actors for Sustainable Development Organization (CASDO). Workshop brought together 11 CASDO members, including executives and members of the Board of Directors, to consider the possibilities on engaging wider participation in the peace process. 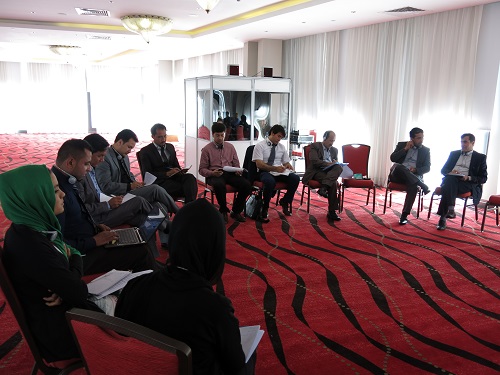 Since 2011, CMI has encouraged wider civil society participation in the Afghanistan peace process. In Mazar-e-Sharif, Northern Afghanistan, CMI has supported a platform of civil society representatives committed to investing in provincial dialogue and peacebuilding. This encouragement and support resulted in an establishment of CASDO that now has good connections both to provincial and local communities as well as political actors.

Participants of the workshop identified the type of chance they wish to achieve in their society, and discussed how to achieve it, whom to involve in the process, and what steps to take. Roles and necessary engagements of all levels, or so called tracks, of the society were considered. These included the high-level official actors, mid-level official and unofficial actors and community leaders, and individuals at the grassroots level of the society. Participants of the workshop drafted strategies on how to engage people from these different tracks. To provide food for thought for participants, CMI introduced some examples of strategies utilized by various civil society actors in other contexts outside Afghanistan. 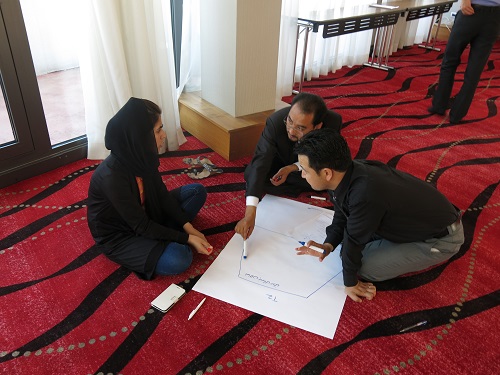 Ingredients to take the work further

The workshops proved to be successful in creating new and concrete ideas on possibilities for strengthening the dialogue. Both the participants of the workshop and CMI’s facilitators were very satisfied with the outputs of the workshop that now provide ingredients to take the work further in Afghanistan. The workshop also provided CASDO and CMI an opportunity to evaluate the achievements they have made in creating prospects for peace in Northern Afghanistan. The work on developing the strategy to engage all three tracks will continue both in Mazar-e-Sharif and Helsinki and will be followed by a visit of CMI project team to Mazar-e-Sharif in late June.