Women active for peace during the elections in Guinea Bissau

CMI took part in the first women’s election situation room in Guinea Bissau together with local women and delegates from Togo, Guinea, Benin, Mali and Senegal. This initiative proved how essential it is to involve women in politics as it showcases the important role women can play in preventing violence and ensuring sustainable peace.

Since its independence in 1974, Guinea Bissau has gone through a long period of instability characterised by coups and counter-coups, during which no president has been able to complete his term of office. The latest coup took place during the elections in March-April 2012. A two-year transition followed, after which presidential andlegislative elections were organised on 13 April 2014 following intense pressure from international actors. 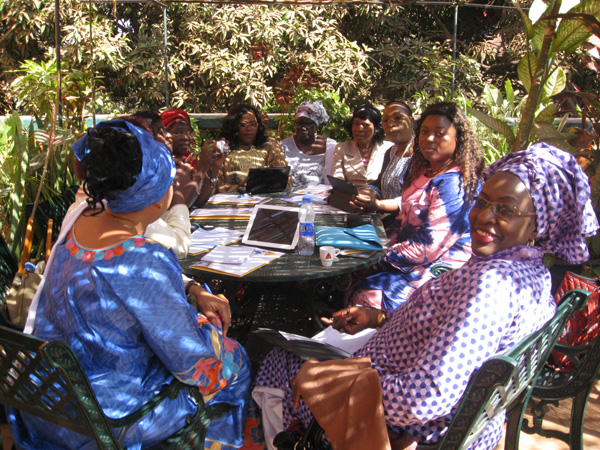 Two organisations active in promoting the participation and improvement of women’s situation, the Guinea Bissau Chapter of the Network on Peace and Security for Women in the ECOWAS Region (NOPSWECO-GB) and the Women’s Political Platform (PPM), set up together a women’s election situation room called “Case de Veille” with the support of the United Nations system. During the week before the elections, 200 mobile observers, 45 violence monitors, and 18 analysts in mobile observation and violence monitoring were trained.

The United Nations Office for West Africas’ (UNOWA) Working Group on Women, Peace and Security was invited to send ten women experienced delegates from Togo, Guinea, Benin, Mali and Senegal to support the establishment of the situation room. As part of the working group, CMI was invited to join the delegation. Our delegate on the ground had the valuable opportunity to observe how regional solidarity and sharing of best practices help women to overcome their local obstacles.

In Guinea Bissau, women currently form only around 10% of the National People’s Assembly and do not exert much influence at the official level overall. Low education and literacy rates combined with the precarious economic situation hinder women’s effective participation in the political sphere. However, on the grassroots level of society they have very strong influence and great power to mobilise citizens.

Monitoring across the country

During the elections, the situation room received and processed data transmitted by the individual monitors at different polling stations across the country. The data was then analysed and compared with findings from other monitoring mechanisms, resulting in an evaluation of the most urgent issues that needed to be addressed. The women at the situation room also followed up on the issues raised as they contacted relevant authorities, visited the polling stations, mediated to diffuse any misunderstandings and advocated for democratic elections. 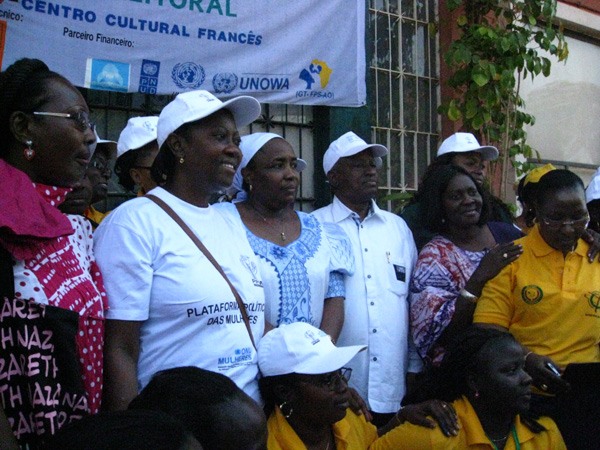 This initiative undeniably demonstrated the powerful role of women in mitigating conflict. According to Ms Cadi Seidi, President of NOPSWECO-GB, women made a unique contribution to the election process. She points out however that it is essential to involve also men in any initiatives.

Women’s important role in supporting and maintaining peace during the elections was recognised by Guinea Bissau’s Interim President Manuel Serifo Nhamadjo, when he visited the women’s situation room on the day of the elections. The situation room also received visits from the President of the Electoral Commission, Mr Augusto Mendes, and the Minister of Women, Family and Social Solidarity, Ms Gabriela Fernandes, who also expressed gratitude for women’s contribution to peace.

One of the members of the situation room, Milena Albinye, said she was grateful for the chance to contribute in ensuring peaceful elections. It also provided her with an opportunity to discuss with and learn from other women both across Guinea Bissau and from other countries in West Africa.

When women find a way to change a country, they will

Members of the delegation had during the mission an opportunity to meet women with unprecedented courage and determination from Guinea Bissau. Ms Helena Said, the only woman president of an Islamic NGO in West Africa, said that this innovative initiative is a unique way for women to demonstrate how important it is to involve them in politics.

According to Diana Lima Handem, Second Vice President of PPM, such initiatives demonstrate that when women find a way to change the country, they will change it. In her opinion, the reasons women are not associated to governance are not to be found in a lack of leadership but instead in cultural and social reasons. Moreover, she highlights that some women do not want to participate in governance because of the way it is conceived by men who dominate it in Guinea-Bissau – as is often the case in other parts of the world.

The first ever women’s “case de veille” in Guinea-Bissau announces perhaps a political climate where women want and can participate meaningfully in improving this resourceful country. 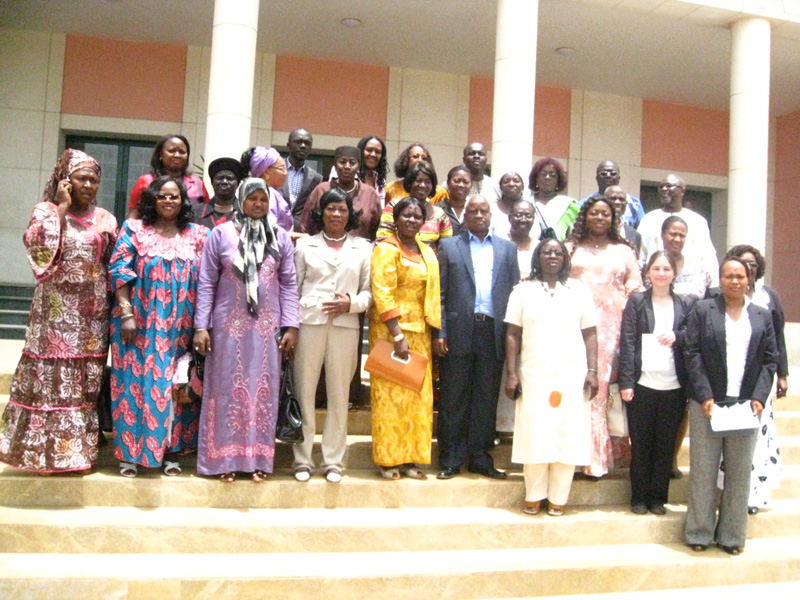