In late January 2014, members of CMI’s high-level expert dialogue group from Chisinau and Tiraspol presented the results of their joint work in 2013 to the Political Representatives of the sides in the Transdniestrian conflict settlement process. The group also shared their joint recommendations with key representatives of the international community. 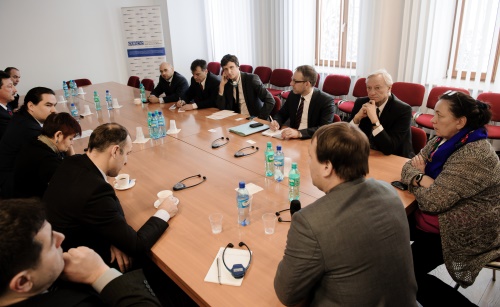 The expert group meets with Special Representative of the OSCE Chairperson-in-Office for the Transdniestrian settlement process R. Bogojevic and Head of OSCE Mission to Moldova J. Brush (Photo: OSCE/Igor Schimbator)

As part of CMI’s work to support the Transdniestrian settlement process on official and civil society levels, we have convened a standing dialogue group, consisting of high-level independent experts and officials from Chisinau, Tiraspol, the EU, Ukraine and the Russian Federation. The group includes former ambassadors and political negotiators, current advisers to the top leadership in Chisinau and Tiraspol, as well as civil society experts on the Transdniestrian settlement.

During their ongoing dialogue process and practical collaboration in 2013, experts from Chisinau and Tiraspol conducted joint analysis and developed a number of joint recommendations.

On the last week of January, the expert group had the opportunity to present the results of this joint work to the Political Representatives Eugen Carpov and Nina Shtanski. They also shared their results with key international actors involved in the settlement process and supporting it, including the Special Representative of OSCE Chairperson-in-Office and Head of OSCE Mission to Moldova; the Ambassadors of Germany, the Russian Federation, Sweden and the USA; the Head of the EU Delegation in Moldova; and the UN Resident Coordinator.

The group has developed joint recommendations in the following thematic areas: 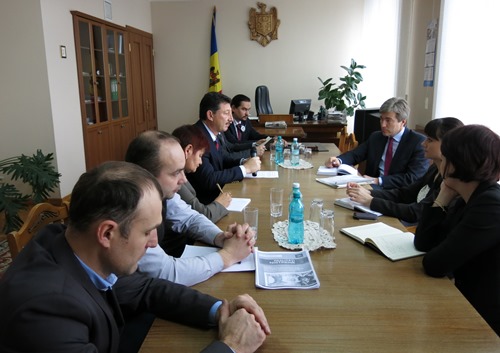 The experts meet with the political representative E. Carpov.

The experts meet with the political representative N. Shtanski.