Dialogue of a million people: Finnish professor envisions how machines can build peace

Being gravely ill, professor Timo Honkela has decided to devote the rest of his life to developing technologies for peace. He shared his vision at the National Dialogues Conference held in Helsinki. 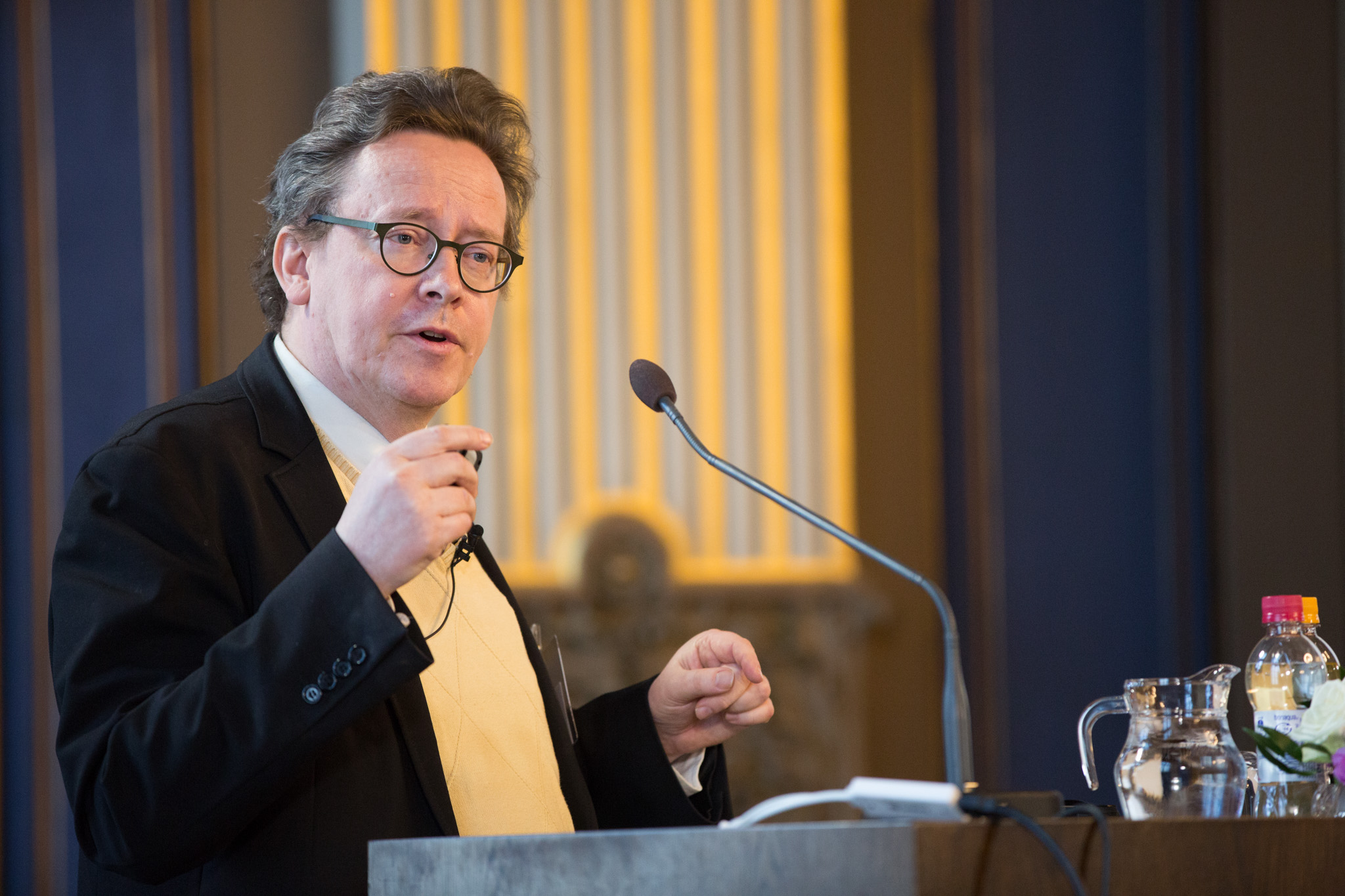 The same technology that is now being used for violent purposes could be used to promote peace and prosperity. This was the message of Professor Timo Honkela’s keynote speech at the National Dialogue Conference held in Finland on Thursday 6 April.

Honkela is a professor of research in digital resources at the University of Helsinki. He is currently working on the development of peace technology, and is writing a book on how technologies could help peace processes.

Honkela has a brain tumour, and may not live much longer. The professor has decided to devote the time that remains to him to developing technologies for peace.

Meaning negotiations could be helpful for tackling and solving conflicts

In his speech, Honkela emphasised the power of artificial intelligence (AI) and machine learning to further mutual human understanding. In Honkela’s opinion, machines are not replacing or destroying us, but are instead enhancing our capacities. This is similar to what printing machines began to do around 500 years ago.

“AI is part of a cultural evolution in which we are becoming more and more powerful in various tasks”, Honkela said.

For example, he argued, machines can be used to further mutual understanding, help bridge cultural differences, and support what are called “meaning negotiations”.

Meaning negotiations could be especially helpful for tackling and solving conflicts, Honkela stressed. Often the problem is that even though we talk using the same concepts, we do not understand each other because we understand the concept differently. Honkela gave an example from his recent research, which found that in the United States supporters of the main two parties, the Democrats and the Republicans, understand the whole concept of health in significantly different ways. Failure to acknowledge this fundamental difference presents severe obstacles to constructive dialogue and debate.

“Strictly or scientifically speaking, no two people understand any word in exactly the same way. So it’s no surprise that we end up having communication problems, when we have no common words at all.”

In this process, Honkela emphasised, machines can help, and will be important in understanding cultural differences.

“We already have technologies that not only translate language but also translate across cultural borders, taking into account cultural and social differences between people”, Honkela said. 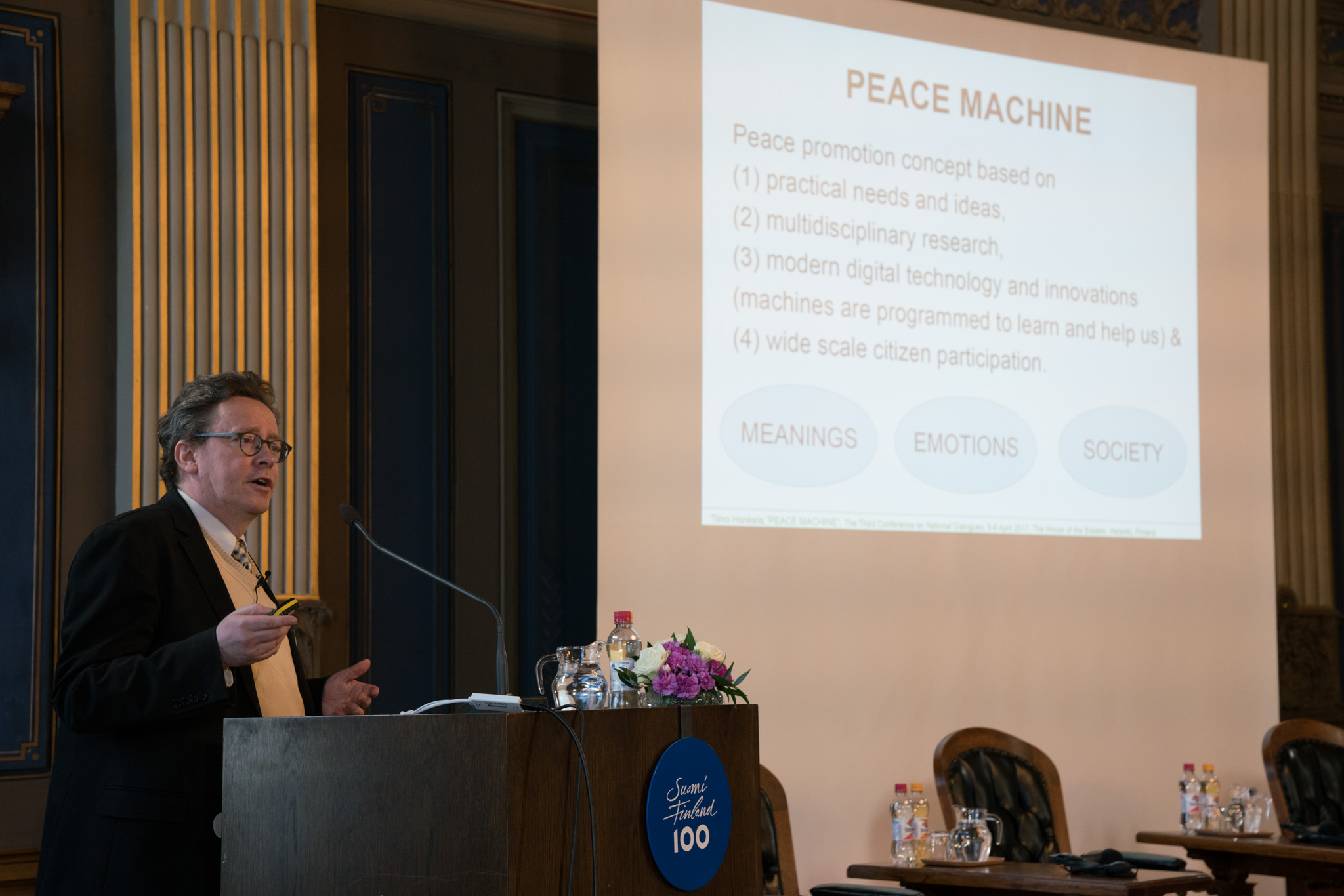 “In the future, we can have a dialogue of a million people: technology can help us meet each other, collect our ideas and our meanings. So when we are talking about a particular topic, we can actually in essence meet all of the nation.”

But this is all question of political will, Honkela reminded the audience. Whether we choose to develop and use these technologies for the common good, instead of warfare, depends on us.

The conference was organised by the Ministry for Foreign Affairs in cooperation with CMI, the Finnish Evangelical Lutheran Mission (FELM), Finn Church Aid, and the Common Space Initiative.